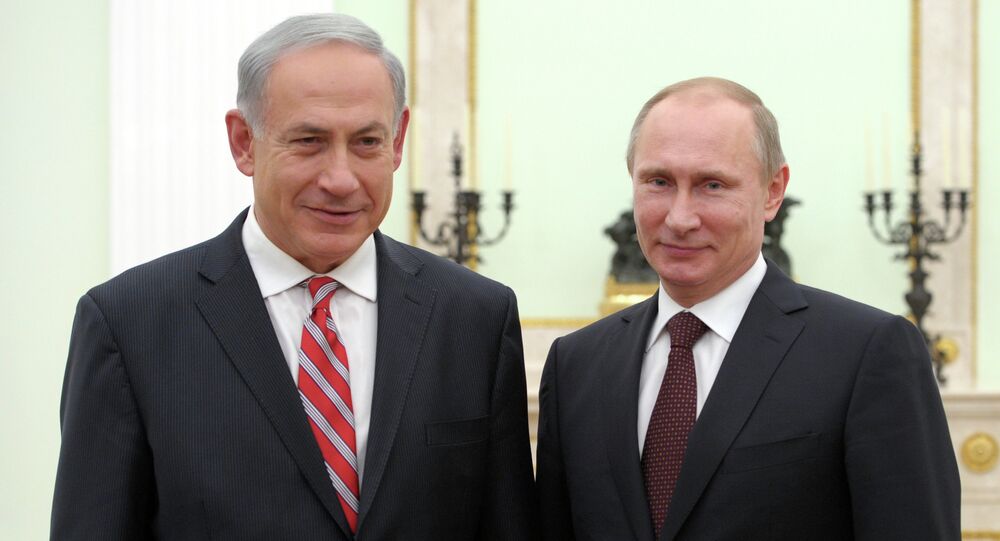 The Israeli prime minister will meet with the Russian president on Monday.

Earlier in the day, the Israeli government said on its website that Benjamin Netanyahu will visit Russia next week to discuss the presence of Russian military experts operating in Syria.

“The prime minister will express his views on the threat to Israel as a result of the deliveries of modern weaponry to Syria due to the possibility they could end up in the hands of Hezbollah or other terrorist organizations,” the statement on the website reads.

© REUTERS / Aziz Taher
Is Israel Trying to Disrupt Iran Deal by Waging War Against Hezbollah?
Hezbollah, a paramilitary and political organization with roots in Lebanon's Shiite population, was established in the 1980s, and since that time has engaged in military opposition to Israel's occupation of Lebanon.

Russia has been engaged in international efforts to solve the almost-five-year civil war in Syria, as well as providing humanitarian aid in the conflict-torn country and military equipment to support the army in its fight against terrorist groups.

Putting Aside Differences? Obama Likely to Meet With Netanyahu in November