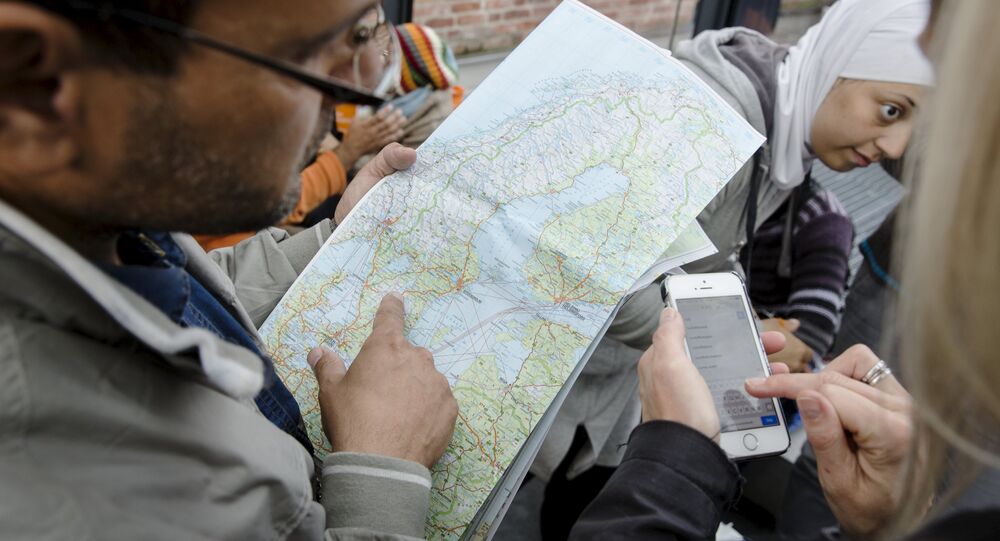 A wave of anger swept through Sweden after a right-wing conservative of the ‘Swedish Democrats’ party member Gunilla Schmidt took to Facebook to share her solution on refugee crisis.

The ‘Swedish Democrats’ political organization considers the flow of migrants into the country as a threat to national security, website Life News.ru reported.

A member of this party Gunilla Schmidt demonstrated her stance on refugee crisis when she posted on Facebook a statement saying that there should be a machine gun placed on the Øresund Bridge, which connects the Strait of Sweden with Denmark.

“Only machine gun placed on Øresund Bridge can help.”

She expressed frustration with the fact that Sweden has not reduced unemployment benefits following the example of Germany and Denmark. Schmidt believes that to be the reason as to why the refugees want to come to Sweden.

© AP Photo / Santi Palacios
EU Wants Spain to Become Third Biggest Recipient of Refugees in Europe
When a correspondent of the newspaper ‘Evening Post’ asked her to comment on her statement, Schmidt said that it was a temporary insanity. She removed her post soon afterwards.

Earlier someone on Facebook asked Schmidt to clarify what she had meant by her comment. In response to him she answered “Are you stupid?” Life News.ru reported.

On the eve of this incident, European Commission President Jean-Claude Juncker suggested that the EU countries should take a total of 160 000 refugees from the Middle East and Africa in the next two years. According to his proposal the largest number of refugees will be taken by Germany (34,000), France (24,000) and Spain (15,000).

According to recent data, since the beginning of this year about 350,000 migrants have arrived in Europe. The European Commission has called the current refugee crisis the biggest since the Second World War.

Facing Up to Crime: ‘Europe Should Send Refugees to US Embassies’