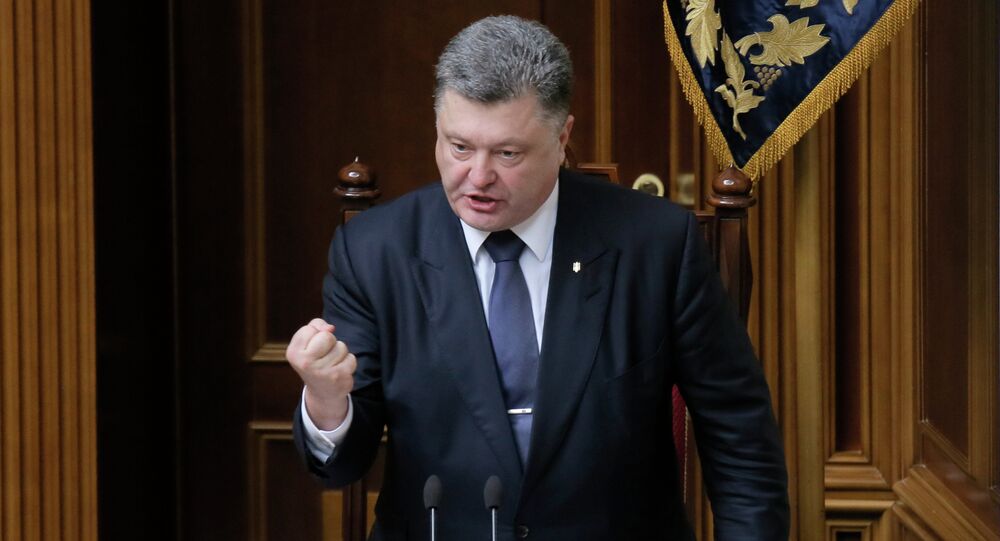 Ukrainian President believes there is no shelling in Donbass.

KIEV (Sputnik) – There has been no shelling in the eastern Ukrainian region of Donbass for a week, signifying that Minsk agreements have finally started working, President Petro Poroshenko announced Saturday.

"This is the first week <…> when there is no shelling on the front line, the first week when the Minsk agreements have started working," Poroshenko said in a speech, adding that this week offers fragile hope.

According to Poroshenko, heavy machinery has not been used in Donbas this week.

The Ukrainian leader stressed that there was no alternative to the Minsk agreements.

© REUTERS / Axel Schmidt
Kiev Defies Minsk Accords, Resists Western Demands for Donbass Self-Rule
In February, after a meeting between the leaders of Germany, Russia, France and Ukraine in the Belarusian capital, Minsk, a ceasefire agreement was signed by Kiev forces and Donbas militia.

The deal stipulates, among other things, a full halt to fighting, the withdrawal of weaponry from the line of contact between the conflicting sides, an all-for-all prisoner exchange and constitutional changes.

The conflicting sides repeatedly accused each other of breaking the truce.