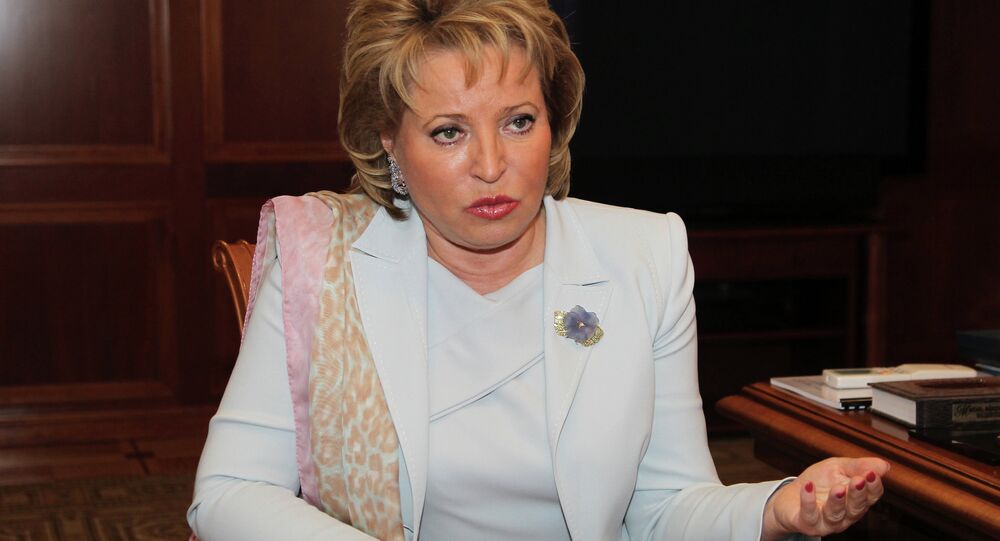 The speaker of the upper house of the Russian parliament Valentina Matvienko said US sanctions against Russian lawmakers violate principles of Democracy.

"Unfortunately, the unilateral sanctions, which have been introduced by the United States bypassing the United Nations, are preventing the fully-fledged cooperation between parliaments," Matvienko said in a video-address to the participants of the 4th World Conference of Speakers of Parliament in New York on Monday.

"They [the sanctions] are illegal and violate the norms of international law, the principles of democracy and the freedom of speech," Matvienko said.

Matvienko, who is under US sanctions over the conflict in Ukraine, has refused to attend the forum because of a restricted entry visa issued by the US authorities.