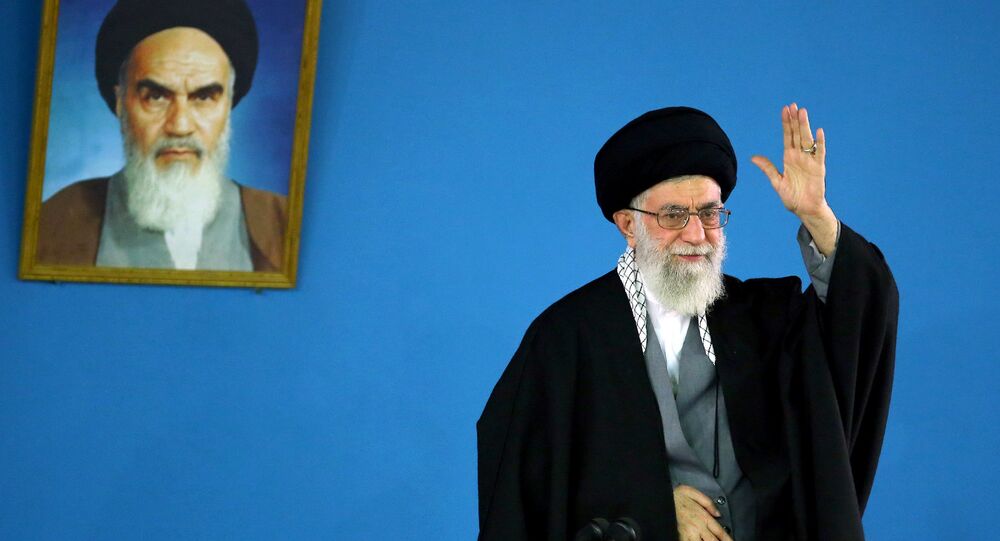 The ratification of the Iran nuclear deal will not entail increased US influence on Tehran, Iranian Supreme Leader Ayatollah Ali Khamenei said Monday.

© Sputnik / Sergey Guneev
Iran's Supreme Leader Khamenei: Some of P5+1 Countries 'Not Trustworthy'
MOSCOW, August 17 (Sputnik) — On July 14, Iran and six world powers, including Russia and the United States, agreed on a deal to lift the international sanctions imposed on Tehran in exchange for guarantees on the peaceful nature of the country's uranium enrichment program.

The deal is still pending approval by US Congress, which has until September 17 to vote on the deal. US President Barack Obama has threatened to veto any resolution rejecting the deal.

"They thought this deal — and it is not clear if it will be endorsed in Iran or in America — will open up Iran to their influence. We blocked this way and will definitely block it in the future. We won't allow American economic, political or cultural influence on Iran," Khamenei said at a meeting with members of the Islamic Radio and Television Union, as quoted by the Islamic Republic News Agency.

Iran's Supreme Leader Khamenei: Some of P5+1 Countries 'Not Trustworthy'