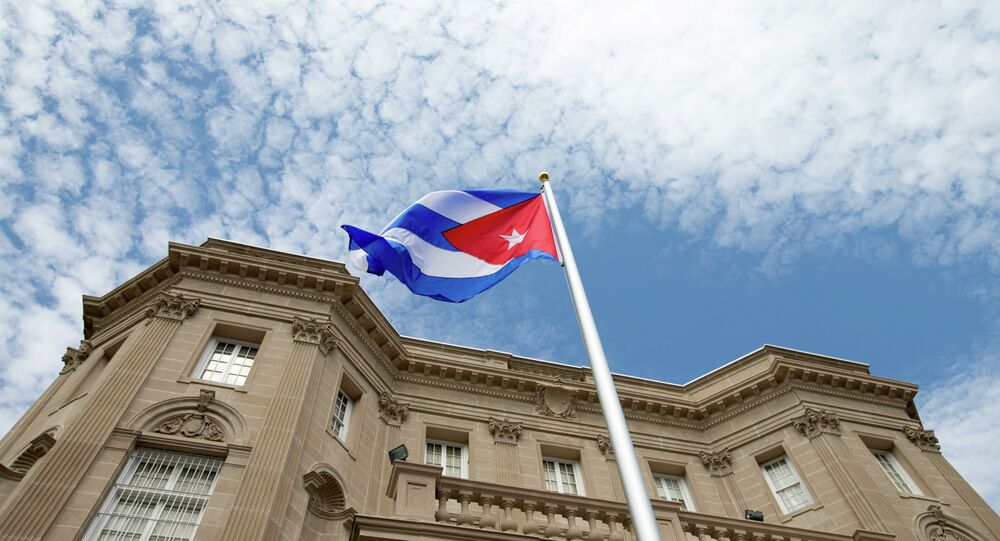 "There are positive implications for US-Russia relations if the United States fully restores its relations with Cuba," Kiriacou said on Thursday. "Cuba can now serve as a middle man who can speak frankly with both sides."

© Flickr / Day Donaldson
Cubans Embrace US Policy Change, Embassy Reopening in Havana
Most US experts believe that US-Russia relations are currently at a post-Cold War low, however the Obama administration’s drive to normalize relations with Havana would allow Cuba’s leaders to play a constructive role in restoring amity between the superpowers, the analyst suggested.

Kiriacou was a CIA whistleblower who served two and half years in jail for exposing CIA torture or enhanced interrogation activities.

The role Cuba may play in coming years therefore maybe the opposite one it played in 1961 and 1962, when it brought the nuclear superpowers to the brink of world war, he observed.

Kiriacou, now an associate fellow at the Institute for Policy Studies in Washington, DC, suggested that in the coming years Cuba "could become the catalyst improving relations between the two nuclear superpowers."

"Isn’t it interesting the way things change?" he asked.

© Flickr / Las Razones de Cuba
On His Birthday, Fidel Castro Wants US to Repay Cuba the Millions it Owes
"Things are moving very fast. There is much more to it," he said.

The sense of optimism about future cooperation as strong on both sides, the CIA veteran added.

"The mood is more positive and the atmosphere is more encouraging than anything I’ve seen before," he said. "Both sides have really walked the walk."

"We are seeing real movement on travel and in congressional pressure to lift the US sanctions," he added.

On Friday, Secretary of State John Kerry will travel to Cuba to participate in the US embassy reopening ceremony in Havana. The United States had closed its embassy after a Socialist government came to power, but kept an unofficial US Interests Section presence in the country.

"The Cubans are really serious about seeking to restore full normal relations I worked for John Kerry for two and a half years and I can assure you he is a thorough and serious man and he is serious about this," Kiriacou concluded.