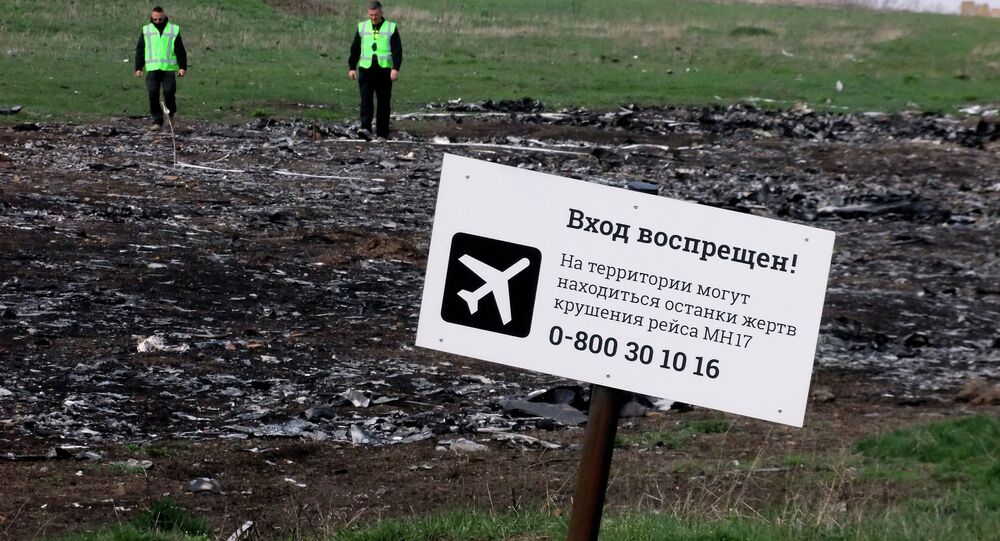 Descending into the often dangerous world of Russian tabloids, Foreign Policy magazine thought that it was debunking Russian "propaganda," but may have hit something much darker in the world of Russian politics.

Apparently thinking it was on the tail of a new propaganda campaign, Foreign Policy magazine "debunked" an audio recording provided to Russian tabloid Komsomolskaya Pravda by one Sergei Sokolov, who claimed to have conducted an investigation of the Malaysia Airlines MH17 crash.

Foreign Policy did not identify the source of the recording as Sokolov and his company, which in its prior incarnation as "Atoll" security company worked for late Russian oligarch Boris Berezovsky. It also does not note that out of three experts interviewed by the tabloid, two said that they disagree with it and one, a former military pilot, said it could be "brought to attention." More tellingly, the tabloid's own response to the theory was titled "I Don't Believe It!"

© Sputnik / Andrei Stenin
Der Spiegel Apologizes to Readers over Coverage of Bellingcat MH17 Report
What did Foreign Policy "debunk" then? It's not clear, but the publication felt it was necessary to translate the article into Russian, possibly so that Russians, apparently "brainwashed" by this tabloid material, have a hope of reaching the "truth." The translation was almost immediately republished by foreign media translation service InoSMI, a part of Rossiya Segodnya media group together with Sputnik.

Why Was This 'Recording' Created?

A visit to the website of the "Federal Information Center 'Analysis and Security'" shows that it is a limited liability corporation which presents itself as an anti-corruption non-government organization. The organization also has a list of partner sites, most of which are defunct, although one, presented as a consumer protection agency, operating out of the same building as the investigative agency.

Calling the toll-free 800 number provided by the organization on its website led to a recording saying that "the number is temporarily unavailable."

The organization has been accused in Russian media of ties to the late Boris Berezovsky, and implicated in the Pussy Riot case in 2012, when the organization accused the Russian prison service of corruption for "leaking" and unauthorized recording of the group in a jail cell. Sokolov himself gave an interview to Komsomolskaya Pravda in 2013, simultaneously alleging that Berezovsky was murdered and that falsified evidence would be used to implicate Russia.

With such a background, the origin of the recording with "CIA agents" becomes clearer. The group, which has no clear source of funding or revenue, has also given interviews with the same "evidence" to LifeNews. Employees of the organization often give press interviews, mostly on issues of personal safety and corruption, but at times also international politics.

The falsified evidence then could help the organization maintain a media presence with a sensationalist material. At the same time, the media which picks up the "story" would be able to retain its reputation by immediately saying that the theory is wrong while also gathering considerable views and therefore ad revenue (both LifeNews and Komsomolskaya Pravda are privately-owned media outlets).

What Was FP Hoping to Accomplish?

While the most obvious motivation for the debunking of a questionable material could be to discredit Russian media as "propaganda," it is not clear if the article's author, Reid Standish, actually looked at the source of the "recording."

While the motivation of the source of the recording is unclear, the Foreign Policy article more or less paralleled the Komsomolskaya Pravda reaction that the theory does not make sense.

Although this is not the first time Foreign Policy has run Russian translations of its articles, this appears to be its first-ever Russian-language tweet.

However, the Russian translation of the article published by Foreign Policy also raises some questions. While the InoSMI reprint received significantly higher readership (38 comments rather than zero on FP's Russian version of the article at the time this article was written), the "necessity" of translating the article by FP shows that it hoped to make an impact on Russian public opinion.

© Sputnik / Vladimir Pesnya
British Expert Names Two Biggest Obstacles for Western Propaganda in Russia
It also signals a basic, but crucial misunderstanding of Russia and its internal politics. A simple walk down a street in Moscow can lead one to meet any number of shady businessmen and former security officials now engaged in under-the-carpet political struggles against corruption, legislators, governors, state-owned companies and even federal officials as in the case of Sokolov's firm.

Often these are simply fronts for expanding traditional business interests and securing government contracts. Sputnik recently covered the case of a St. Petersburg security firm seeking to ban "dangerous selfies" under the front of an NGO.

Other times, it may be a private agenda, as appears to be the case with Sokolov. In any case, however, individuals seek to make media connections, often with privately-owned tabloids, to promote their agendas, even if it takes fabricating a video of "CIA agents" with bad accents to do so.