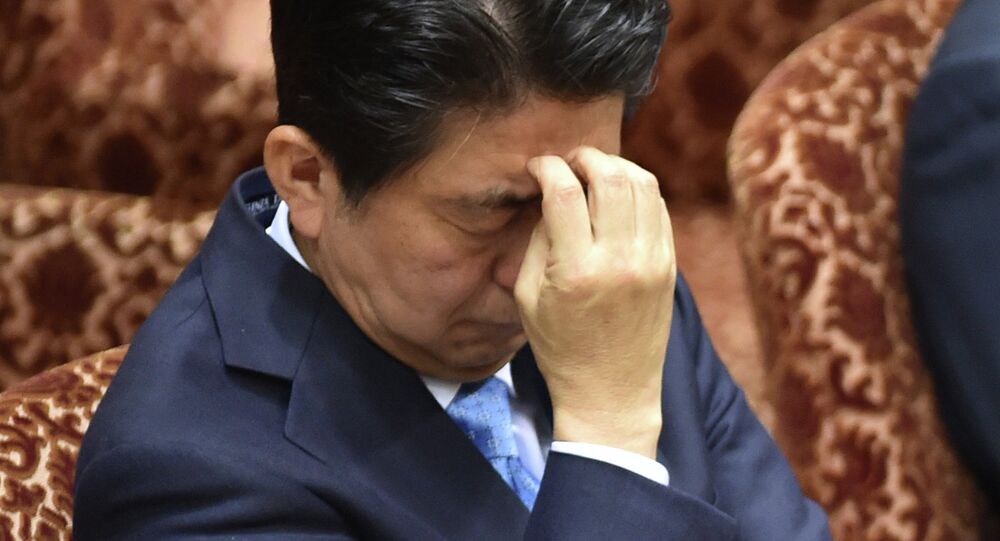 According to a Japanese official, the latest spy scandal can greatly undermine trust in Shinzo Abe's government amid his attempts to boost Japan’s ties with the United States.

WikiLeaks uncovered a trove of secret NSA documents earlier in the day, detailing US eavesdropping on 35 high-ranking Japanese targets, including Abe’s cabinet officials and private companies.

Kazuyuki Hamada, an independent member of the House of Councillors, said the latest disclosures appear amid Abe’s efforts to boost Japan’s ties with the United States, including Trans-Pacific Partnership trade negotiations and amendments to Japan’s self-defense bill.

"The fact that at this extremely important stage for the development of Japanese-US relations, this scandal can greatly undermine trust in the Abe government," Hamada said.

He added that opposition parties could seize on current public sentiment and "radically change" the course of Japanese policy.

"Public opinion is now strongly opposed to the Abe administration or, at least, does not trust it… The problem is in order to change Japanese policy, the opposition needs a strong leader," Hamada told Sputnik Japan.

Japan has become the latest close US ally, joining France, Germany and Brazil to be revealed as a target for NSA mass surveillance of high-ranking government officials.