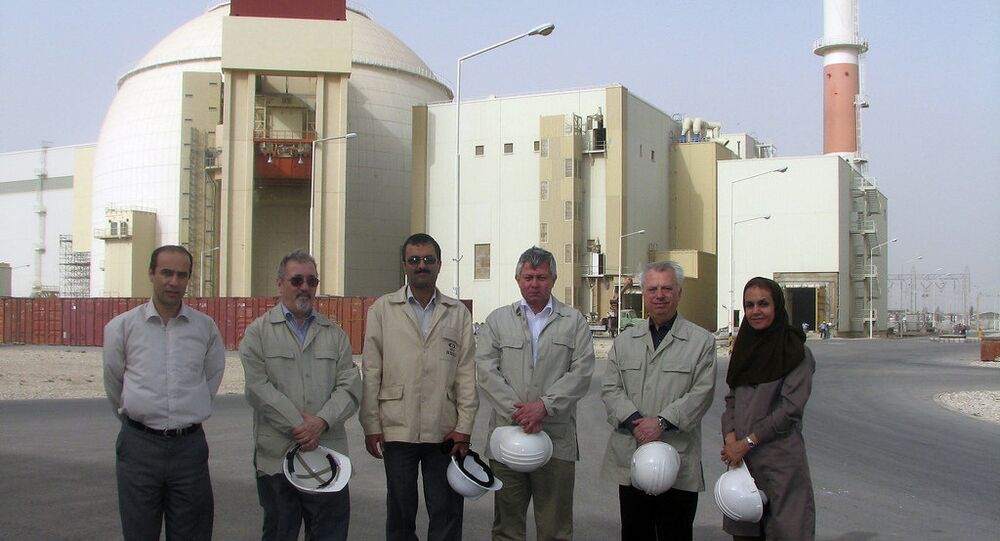 WASHINGTON (Sputnik) — International inspectors will not have “24/7” access to Iran’s nuclear facilities as claimed by Barack Obama administration officials, US Congressman Lee Zeldin said in a statement on Friday.

© REUTERS / Yuri Gripas
Saudi Arabia, UAE Think Iran Deal ‘Accomplishes Goal’ - Kerry
On Thursday, Secretary of State John Kerry addressed a US Senate hearing on the Iran nuclear deal and reiterated that international inspectors will have 24/7 access to Tehran’s nuclear facilities. The inspectors would be able to know if Iran is diverting uranium or building secret centrifuges through a tight inspection regime, Kerry added.

The Obama administration has been trying to sell the Iran nuclear agreement to a skeptical Congress and US public, arguing there is no better deal than the one reached with Iran short of an undesirable war.

On July 14, 2015, Iran and the P5+1 group of countries — comprised of the United States, Russia, China, France and the United Kingdom plus Germany — reached an agreement on maintaining a peaceful nature Tehran’s nuclear program in exchange for sanctions relief.

After Iranian Deal US Missile Systems in Europe Unnecessary