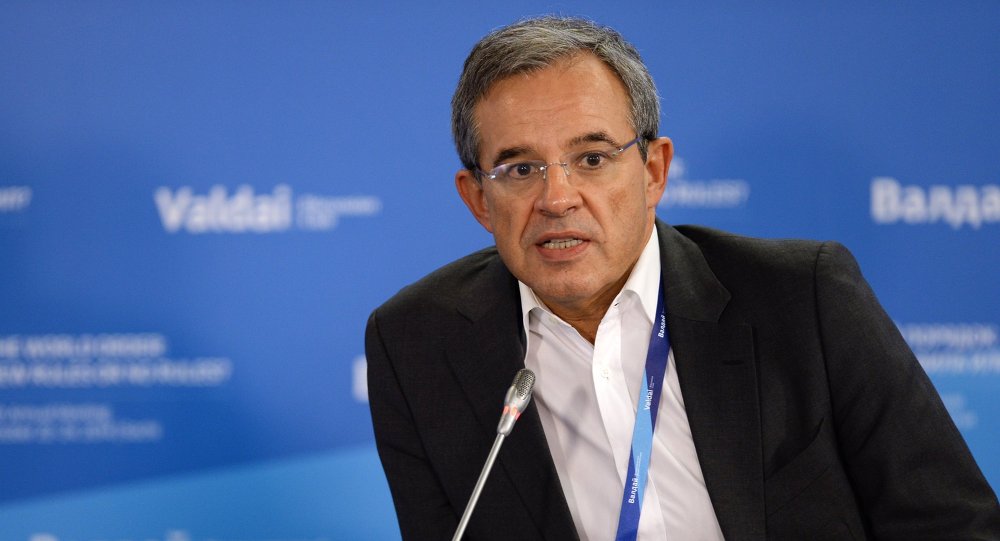 French Companies Want to Continue Business in Russia Despite Sanctions

MOSCOW (Sputnik), Svetlana Alexandrova – Mariani is heading a delegation of French lawmakers that will arrive in Crimea on July 23. The parliamentarians are set to visit the cities of Yalta, Simferopol and Sevastopol, and meet with local authorities during their three-day visit.

"Since the sanctions nobody [none of the French companies] has left Russia that means many companies want to stay here and trust in the future," Mariani told Sputnik.

He admitted that European policy toward Russia, and the sanctions in particular, had created obstacles for businesses operating in both countries.

"But I think there is mutual interest in keeping the relationship [going]," Mariani highlighted.

© Flickr / Kat
Anti-Russian Sanctions Hurt French Agro Business, Farmers Go on Strike
Mariani stressed that there were a lot of politicians and ordinary people in France who disapprove of the EU's policy of sanctions against Russia.

Ways to boost cooperation between Russian and French companies amid Western sanctions against Moscow will be discussed during the delegation's visit to Crimea, Mariani told Sputnik Wednesday.

The French delegation will be the first large group of high-ranking Western officials to visit the Crimean Peninsula since it rejoined Russia following a referendum in March 2014.

© Sputnik / Vladimir Sergeev
Many in EU Want Anti-Russian Sanctions to Go - Envoy
Relations between Russia and the European Union, the United States and a number of other countries have become strained over the Ukrainian crisis. Western countries have imposed several rounds of sanctions against Russia, accusing it of escalating the conflict, a claim which Moscow denies.

In late June, the European Union extended sanctions against Russia until January 31, 2016.