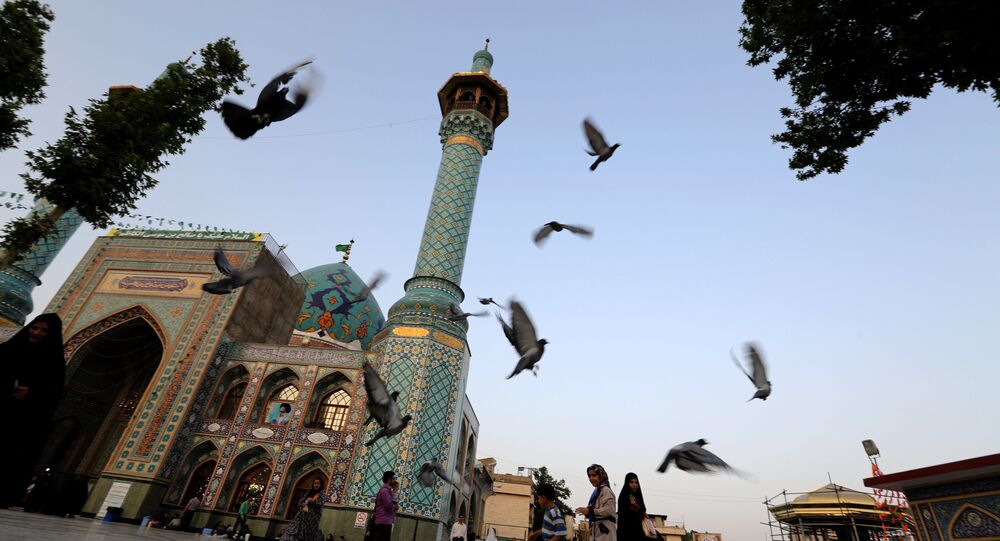 In six months the implementation of the nuclear agreement could lead to the lifting of specific sanctions on finance, banking as well as the movement of goods, John Kerry said.

© Flickr / peyman abkhezr
Iran Nuclear Deal Ushers in Era of New Great Game for Eurasia
WASHINGTON (Sputnik) — The Iran nuclear agreement has the potential to open many opportunities for Tehran if fully implemented, but could lead to conflict if it is not, Secretary of State John Kerry said in an interview with a US state media outlet on Tuesday.

“If we implement this [agreement], then we are on a path to perhaps opening up a set of opportunities,” Kerry told the Voice of America. “If it is not implemented, we are going to have a lot of problems and perhaps even the possibility of conflict, and I find that very tragic.”

On July 14, 2015, Iran and the P5+1 group comprising the United States, Russia, China, France and the United Kingdom plus Germany, reached an agreement to ensure the peaceful nature of Tehran's nuclear program in exchange for sanctions relief.

When asked whether the effects of the nuclear deal would include making it easier for Iranians to travel the United States, Kerry said they would include “the potential of travel.”

© Sputnik / Valery Melnikov
Iran Hopes for Better Air Defense Systems After Nuclear Deal - Source
Kerry explained that in as early as “six months or so,” the implementation of the nuclear agreement could lead to the lifting of specific sanctions on finance, banking as well as the movement of goods such as pistachios, carpets and other items.

The agreement, Kerry said, is opening up some venues, but not everything yet as the primary embargo “still remains in place."

“I hope that we will succeed in persuading people why this agreement actually prevents conflict, provides for security in the region and will prevent the acquisition of a nuclear weapon,” Kerry concluded.

Earlier on Monday, the UN Security Council unanimously adopted a resolution endorsing the nuclear agreement to relieve Iran of sanctions and ensure the peaceful nature of Tehran’s nuclear program. The UN will keep in place, however, an arms embargo against Iran and a ban on ballistic missile technology.