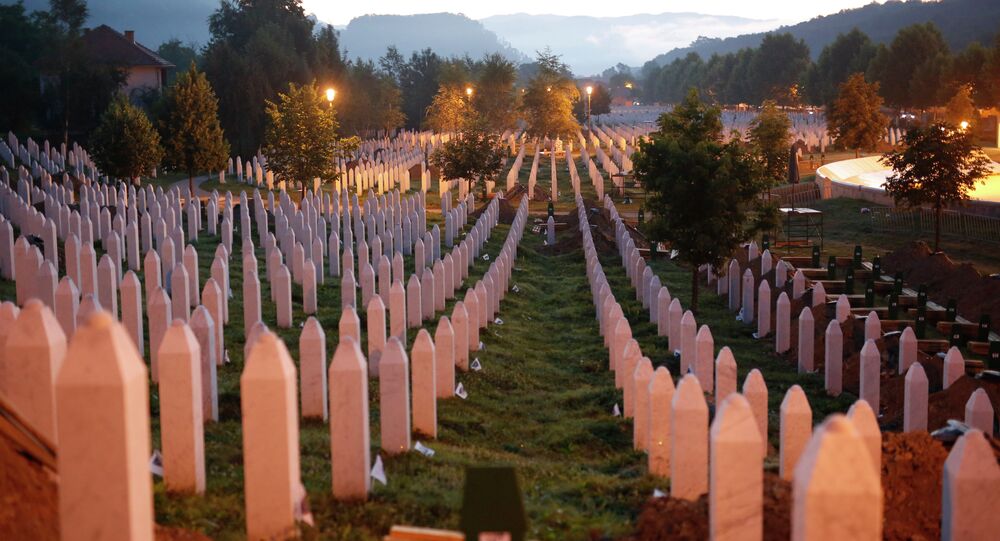 The mass killings of Muslims in the Bosnian town of Srebrenica in 1995 should not be qualified as a genocide, Efraim Zuroff, the director of the Simon Wiesenthal Center office in Jerusalem, told Sputnik Serbia Tuesday.

MOSCOW (Sputnik) — In July 1995, some 8,000 Muslim men and boys were killed in Srebrenica, a Muslim-majority town in the eastern part of Bosnia and Herzegovina. The massacre took place after the town was occupied by Bosnian Serbs under the command of Gen. Ratko Mladic.

"It is necessary to be very careful while using the concept of 'genocide.' I do not deny that the Serbian forces killed Muslims in Srebrenica, this should not have happened, and those responsible must be brought to justice. But there was no genocide in Srebrenica since the Serbs initially released women and children. And then the process of politicization of the tragedy began," Zuroff told Sputnik Serbia.

Shrouding the events in 1995 in political overtones is a trick to divert the international community’s attention away from the actions of Western powers in the Balkans, Zuroff asserted.

"Western powers want to turn the Serbian crimes committed during the wars of the 90s into a symbol to justify their actions in Bosnia. Srebrenica, being the most terrible tragedy, served as such a symbol," he emphasized.

© AP Photo / Sulejman Omerbasic
Labeling Srebrenica as Genocide 'Would Allow' West to Intervene in Ukraine
Last week, Russia vetoed a draft UN Security Council resolution defining and condemning the 1995 killings in Srebrenica as genocide. Ten of the Security Council's 15 members voted in favor of the document, while four abstained.

According to Russian Permanent Representative to the United Nations Vitaly Churkin, the adoption of the resolution on Srebrenica could have exacerbated the situation in the region, as there is no consensus on this issue in Bosnia and Herzegovina.

According to Zuroff, several European states are trying to distort the meaning of "genocide."

"Europe is now trying to change the history of the World War II and the Holocaust. [It happens] due to the fact that the Holocaust has become a symbol and many people are trying to label in such a way any crime, because it provides possibility for gaining recognition, compensation," he stressed.