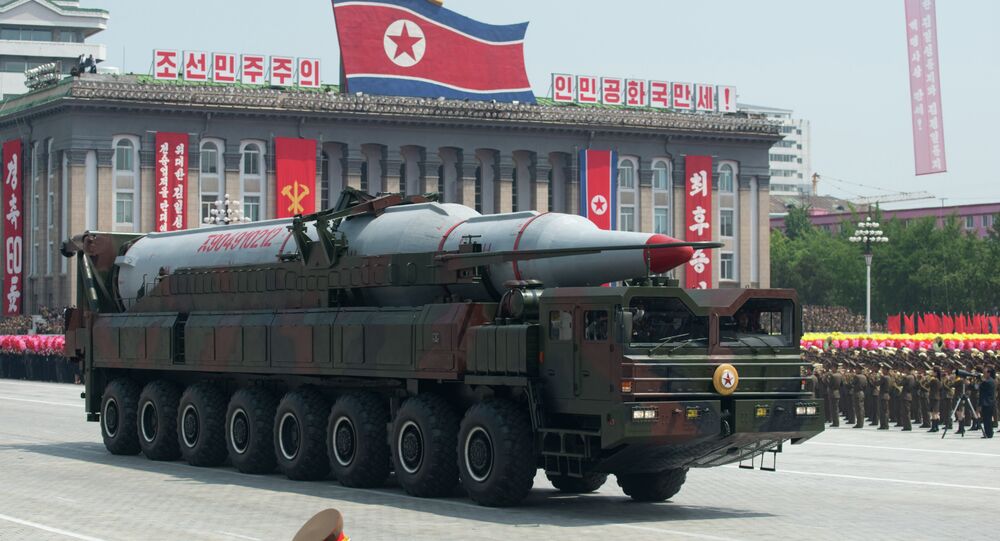 The successful Iran nuclear deal paves the way toward the easing of tensions on the Korean peninsula, an expert told Sputnik.

© Sputnik / Vladimir Fedorenko
Iran Nuclear Deal Rules Out War in Middle East – Russian Lawmaker
MOSCOW (Sputnik) — The agreement on the Iranian nuclear problem will serve as an impetus to solving other crises in the sphere of nuclear non-proliferation, particularly the Korean peninsula crisis, Anton Khlopkov, the founding director of the Center for Energy and Security Studies (CENESS), told Sputnik Tuesday.

Earlier on Tuesday, Tehran and the P5+1 group of international negotiators comprising Russia, the United States, the United Kingdom, France, Germany and China reached a comprehensive agreement that will ensure the peaceful nature of Iranian nuclear activities in exchange for the lifting of sanctions imposed on the country.

© AP Photo / Ebrahim Noroozi
Iranian President Rouhani Says Nuclear Deal is 'Win-Win' For All
"Agreements on the Iranian nuclear program lay a good foundation to activate efforts on resolving the crisis in DPRK [North Korea.] In recent years, [international players] in particular the United States, have paid too little attention to initiatives to settle the crisis on the Korean peninsula, which were coming from the DPRK side as well,” Khlopkov said.

The expert added that the agreements on Iran's nuclear program show the importance of joint international efforts and the efficacy of using political and diplomatic instruments instead of military ones in resolving crises.

“Whether someone likes it or not, in the modern world that is becoming multipolar, one state which considers itself to be a super power is unable to solve a problem, including [the problem of] non-proliferation on its own. [Even if it could] this solution would be unstable.”

Khlopkov also noted that the agreement on the Iranian nuclear program is based on compromise and mutual concessions.

“No need to look for winners and losers. Iran got what it wanted. Precisely, the acknowledgment of its right to develop nuclear energy, almost without having to change its strategy in the nuclear sphere, that is the development of all the key elements in the nuclear fuel cycle.”

Talks on the demilitarization of the Korean peninsula between North Korea, South Korea, China, Japan, Russia and the United States came to an end in 2009, when Pyongyang decided to proceed with testing its nuclear weaponry.

In June 2015, Russia’s Foreign Ministry called for the talks on Korea's nuclear program to be restarted.

Debunked: US Experts Deflate Fears of North Korea’s Military Might