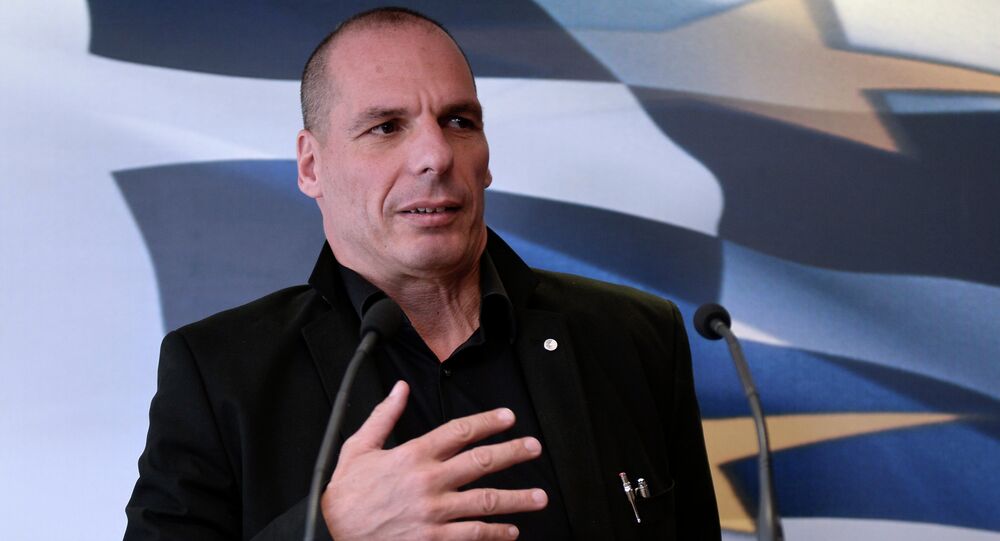 MOSCOW (Sputnik) — The Eurogroup, which has been negotiating with Athens over the past few weeks to resolve the Greek debt crisis, is dancing to the tune of Germany and is completely controlled by Germany and its Finance Minister Wolfgang Schauble, Greek former Finance Minister Yanis Varoufakis said Monday in his first interview since surprise resignation.

"It is all like a very well-tuned orchestra and he [Schauble] is the director. Everything happens in tune. There will be times when the orchestra is out of tune, but he convenes and puts it back in line," the outspoken finance minister told the New Statesman magazine.

He added that the only finance minister within the Eurogroup who could show at least some opposition to the German stance was France's Michel Sapin, though he usually gave in.

"Only the French finance minister has made noises that were different from the German line, and those noises were very subtle. You could sense he had to use very judicious language, to be seen not to oppose. And in the final analysis, when Doc Schäuble responded and effectively determined the official line, the French FM in the end would always fold and accept," Varoufakis stressed.

Greece’s ex-Finance Minister stepped down on July 6, a day after the referendum, in which Greek voters said a resolute "No" to further austerity measures proposed by the country's main creditors. He explained his resignation by saying he became aware that certain Eurogroup participants preferred his "absence" from its meetings.

He was replaced by Euclid Tsakalotos who headed Greece's negotiation team in talks with its creditors.