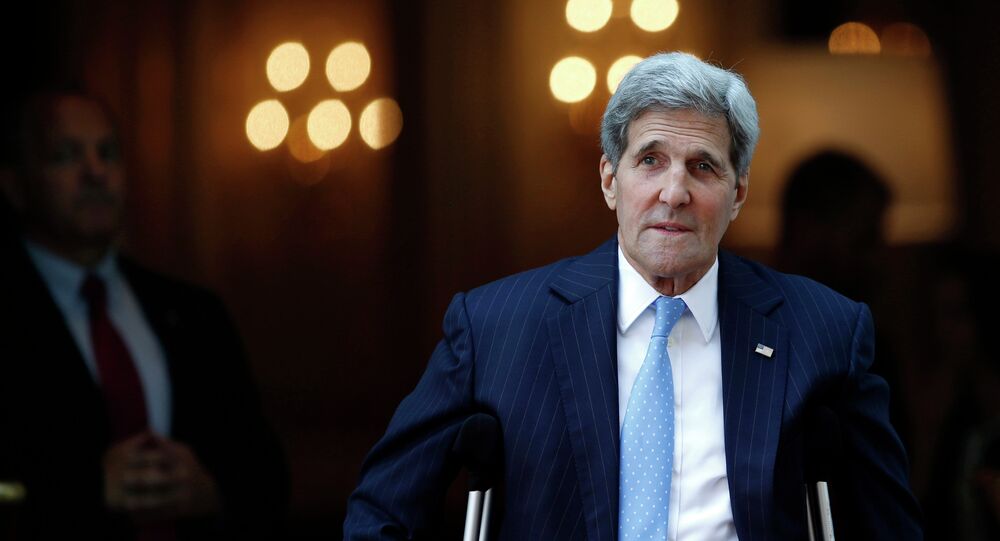 US Secretary of State John Kerry visited St. Stephen's Cathedral in Vienna on Sunday morning to attend a Latin Mass before possibly striking the deal on the Iranian nuclear program.

© AP Photo / Ronald Zak
Iranian Nuclear Talks Did Not Fail
VIENNA (Sputnik) — US Secretary of State John Kerry attended the Sunday service at St. Stephen's Cathedral in Vienna on the eve of possibly striking the deal on the Iranian nuclear program, a Sputnik correspondent reported.

Tehran and six world powers are attempting to reach a deal guaranteeing the peaceful nature of Iran's nuclear program in exchange for easing of sanctions.

On Saturday, a source in the Iranian Foreign Ministry told Sputnik that the world powers and Iran were aiming to strike a deal until Monday. The deadline for the agreement has been postponed from the initial date of June 30.

Kerry, who has been in Vienna for over two weeks, then headed to the Palais Coburg hotel, where the nuclear talks are taking place. Later in the day, the state secretary is expected to hold a bilateral meeting with Iranian Foreign Minister Mohammad Javad Zarif.

In 1961, then-US President John F. Kennedy and his wife Jacqueline attended a mass in the same cathedral prior to the Vienna Summit, his first face-to-face meeting with Soviet leader Nikita Khrushchev.

Iranian Nuclear Talks Did Not Fail

Kerry to Stay in Vienna for Iran Nuclear Talks With P5+1, Mogherini, Zarif