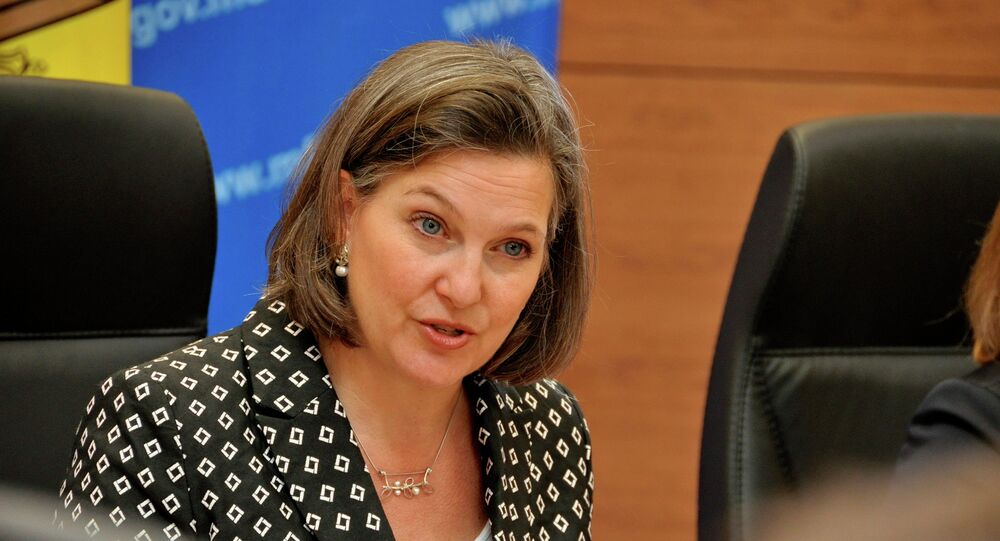 The United States wants to present the Balkans as a showcase for democracy and free markets to countries in Eastern Europe like Ukraine as well as the Middle East, US Assistant Secretary of State for European and Eurasian Affairs Victoria Nuland said.

WASHINGTON (Sputnik) — Nuland acknowledged that the Balkans still faced what she called “pernicious threats” of violent extremism, corruption and criminality, as well as rulers she described as “sleazy autocrats.”

“[W]ith severe security challenges to Europe’s south and in its East, this region sits in the balance,” Nuland said in prepared remarks in Dubrovnik, Croatia on Friday. “[A]s you make that choice, other nations with similar struggles from Tunisia to Ukraine will watch to see if you succeed, and if you can help show them how it’s done.”

She called on peoples and leaders throughout the Balkans to turn their backs on old hatreds and new rivalries, and join forces to resist challenges to strong statehood and individual liberty.

“Either the work of the last twenty years can be completed with wise decisions by courageous leaders and people pushing for a better life, or this region can fall prey once again to the risks, hatred, and outside interference that brought it grief so many times before,” the Assistant Secretary said. “The choices ahead are yours.”

Nuland is a former chief of staff to Deputy Secretary of State Strobe Talbott under US President Bill Clinton. She also served as principal foreign policy advisor to Vice President Dick Cheney and then as US ambassador to NATO.

More recently, Nuland was the center of controversy after she was revealed in a leaked January 28, 2014 recorded phone conversation with US Ambassador to Ukraine Geoffrey Pyatt, in which she made an obscene reference to the European Union while discussing her preference for a prime minister of Ukraine.