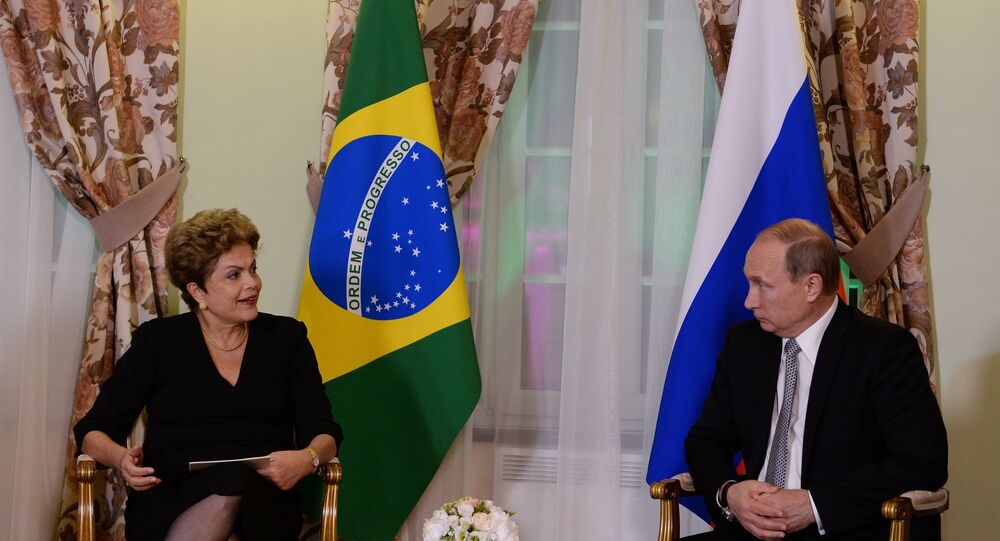 Russia and Brazil are considering a joint project that will detect and track space junk orbiting the Earth, Russia’s President Vladimir Putin said Wednesday at a meeting with his Brazilian counterpart at the sidelines of the BRICS summit.

"We are grateful to you for having two operational GLONASS stations on the Brazilian soil. We are now working on a system that will detect space debris. It is an extremely important issue for everyone, not only Russia and Brazil."

Space waste, like spent rocket boosters and defunct satellites, is becoming an increasingly real threat to spacecraft. The International Space Station (ISS) needs to have its orbit adjusted regularly to dodge space junk, as well as to compensate for the Earth's gravity.

The summit in the Russian city of Ufa has gathered five leaders from BRICS emerging economies – Brazil, Russia, India, China, and South Africa. Marathon talks will continue throughout Thursday, followed by a summit of the Shanghai Cooperation Organization (SCO) on Thursday and Friday.