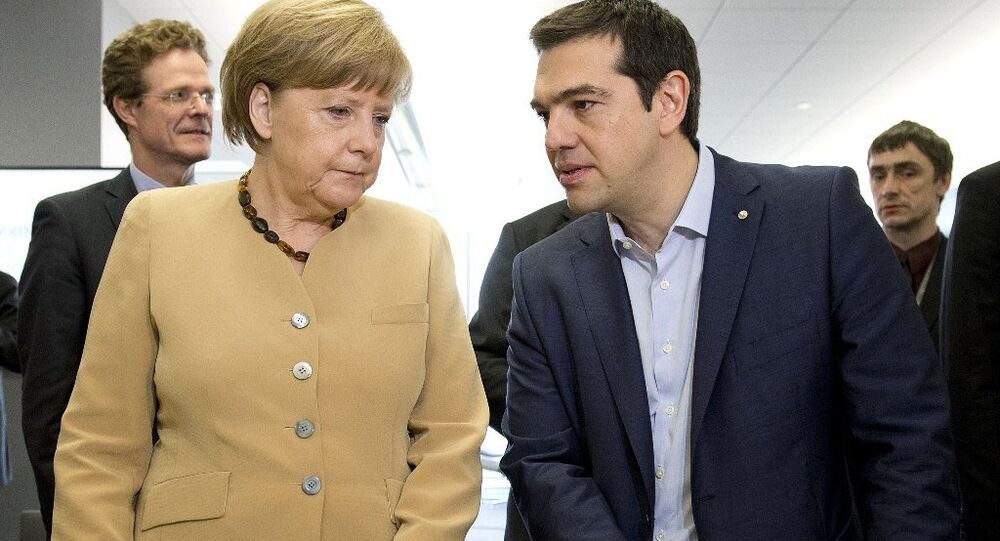 Ahead of Greece's debt repayment deadline, German Chancellor Angela Merkel warned the European Union that losing its ability to compromise equated to dismantling Europe, underlying the need for everyone to pull their weight.

"It is existential for our ability to compromise that we stand united. But everyone must contribute."

Merkel was speaking at a celebration marking the 70th anniversary of the founding of the Christian Democratic Party (CDU), of which she is a member.

© AP Photo / Virginia Mayo
Athens Needs to Tell Greeks What at Stake in Case of Grexit - EC President
The jubilee was overshadowed by Greece's looming default on its debt to the International Monetary Fund (IMF), due on June 30. Greek authorities said previously that they had no money to make the payment.

Eurozone finance ministers refused on Saturday to extend the current bailout program beyond the end of June, after Greece dropped out of talks with its creditors and called a referendum on the bailout terms for July 5.