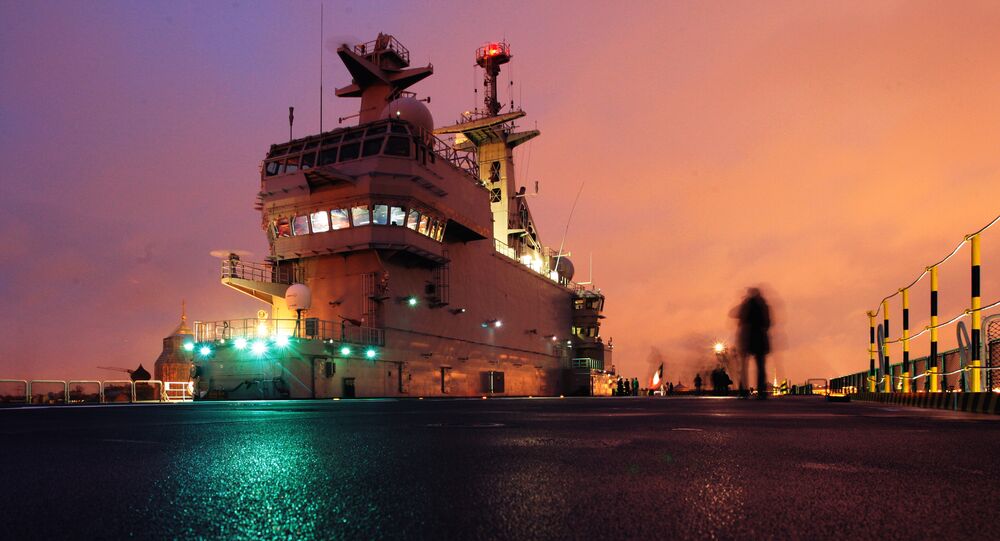 Commenting on the failed Mistral deal, Moreau said that there is a disagreement on the state level between the Defense Ministry and the Ministry of Foreign Affairs.

"It is a well-known fact that there is an internal struggle within the French government, especially between the Defense Ministry, which knows well that if France doesn't deliver the two Mistrals to Russia it will cost the country two of its own frigates, and the Ministry of Foreign Affairs, which has a purely ideological atlanticist point of view," Moreau told Sputnik.

© AFP 2021 / GEORGES GOBET
Russia-France Mistral Talks Expected to Continue in June
The Ministry of Foreign Affairs deceived the government in Paris by telling that first of all it would be easy to "buy Russians for a song," second, France would easily find other buyers for its Mistrals and third, that the deal would be quickly resolved, Moreau said.

This is what the French government currently has to deal with, said the political expert, adding that the entire situation is the fault of the Ministry of Foreign Affairs.

"It [The Ministry of Foreign Affairs] realized that it won't be able to sell Mistrals to other countries, because China is the only potential customer for the French helicopter carriers! But I think Americans will rather prefer France selling the Mistrals to Russia, not China," Moreau said.

The moment of truth is coming up soon, said the political expert.

"Either France will pay for the failed deal from the budget of the Defense Ministry or it [the French government] will give them to Russia," Moreau said.

The deal was suspended in May and now France has to refund the money. Russia wants $890 million already pre-paid to France back, as well as a compensation for the purchase of the equipment and crew training. France is reportedly willing to pay around $870 million, a sum Moscow deems unacceptable.

Selling the ships to a third party is a complicated task, since France needs Moscow's permission to do so. Russia has repeatedly stated that it will not sign off on this, since Mistrals were custom tailored for the Russian Navy making this an issue of national security.

Not So Fast: Russian Official Reprimanded for 'Scrapping' Mistral Deal