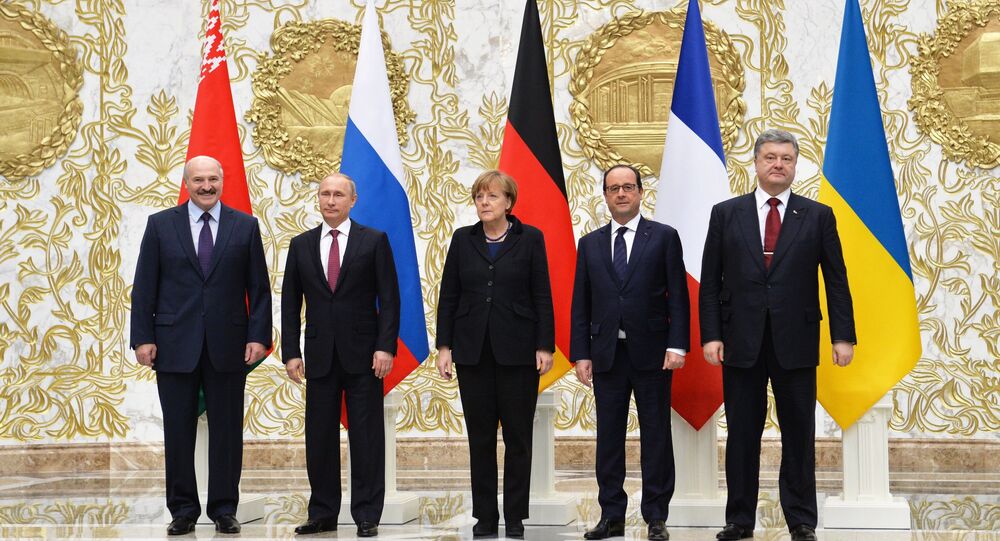 US hardliners seek to undermine any initiative that could bridge the gap between Washington and Moscow, tone down the aggressive rhetoric the US is often engaged in and promote the peaceful resolution of the Ukrainian crisis, the Nation reported.

The US weekly journal called the hawks a "war party," comprising American legislators, government officials and their allies in the media from all walks of political life but united in their fierce anti-Russian and anti-peaceful vision.

The war party is "ginning up the anti-Russian hysteria in both Kiev and Washington" in pursuit of three separate but interlinked goals, the Nation explained.

Should NATO member states send lethal aid to the Ukrainian government in Kiev?
Voted: 1703
All polls
The first one is to undermine John Kerry's diplomatic effort in Sochi. In May, the US state secretary visited Russia's Black Sea resort to hold talks with President Vladimir Putin and Foreign Minister Sergei Lavrov. The latter said of the visit that it was a return to normal relations.

Another goal is to force the European Union to extend the anti-Russian sanctions, imposed under the false pretext (albeit very popular in the West) that Moscow is involved in the Ukrainian civil war. The EU leaders will discuss the fate of the restrictive measures later this month during the European Council summit.

"The renewal of sanctions in Europe at the end of this month, combined with the continuing calls in the US to arm Kiev, will do little to bring about a peaceful denouement to the [Ukrainian] crisis," the media outlet noted.

© AP Photo / Manuel Balce Ceneta
Soros Flaring Flames of Ukraine War to Force Regime Change in Russia - Zuesse
Finally, the US war party seeks, "to drive a stake through the heart of Minsk II," the Nation explained, calling this goal the worst of the three.

Notably, the United States had nothing to do with the Minsk peace process, endorsed by Russia, Germany and France. The latest Minsk accords were signed in February. Many, including Moscow, believe that the crisis in Ukraine could be peacefully solved through the full implementation of this deal.

But this is not what the US party of war wants and works tirelessly to achieve. Hence, their latest efforts point "to the very real danger of a renewed outbreak of hostilities in eastern Ukraine," the Nation said.