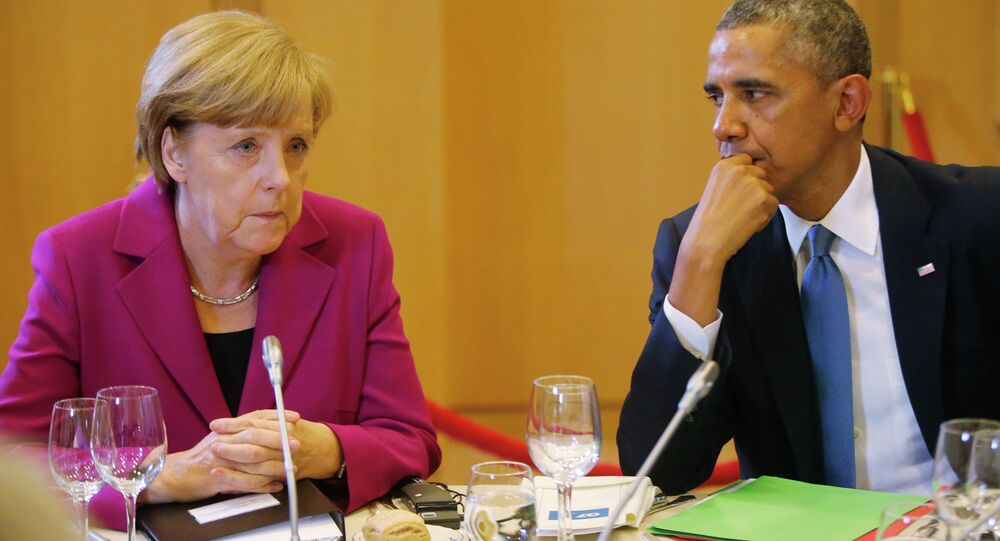 Obama will hold bilateral meetings with German Chancellor Angela Merkel and British PM David Cameron during the Group of Seven’s meeting in Germany.

© AP Photo / Pablo Martinez Monsivais
Obama to Meet Iraqi PM Abadi During G7 Summit
Obama considers Merkel one his closest partners, Rhodes noted, and the bilateral meeting will let the leaders review a range of regional and global issues that are on the G7 agenda.

Rhodes noted the meeting with Cameron will allow Obama to personally congratulate the British Prime Minister on his re-election, and underscore the close US-UK cooperation on a range of global issues.

During the G7 summit, Obama will also discuss with Merkel, Cameron and French President Francois Hollande the ongoing nuclear negotiations with Iran.

The G7 leaders will hold sessions on economy and trade, energy and climate, as well as a session on fighting terrorism, according to the White House.

The G7 comprises the United Kingdom, Germany, France, Italy, Japan, Canada and the United States. The summit is scheduled to take place in the Bavarian Elmau Castle, outside Munich, on June 7-8, 2015.