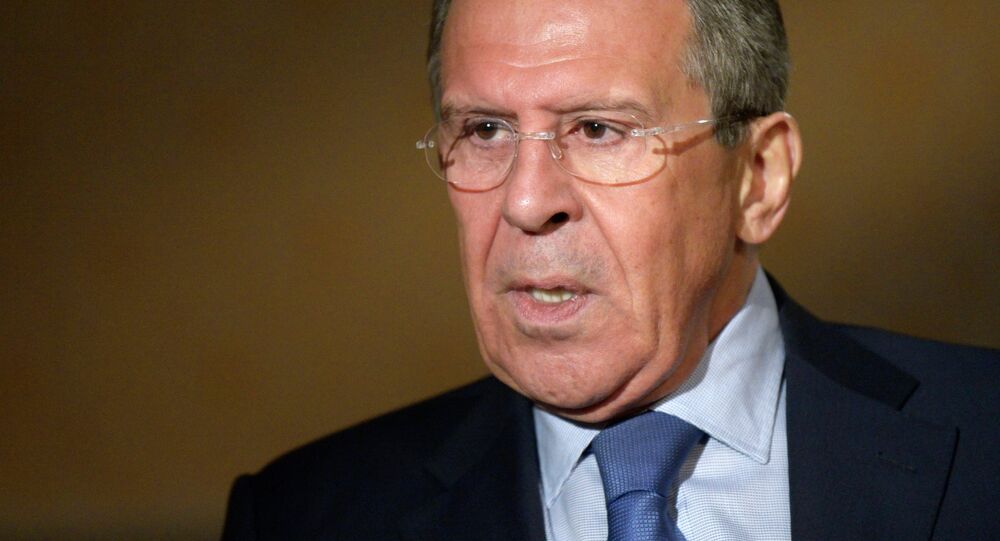 Lavrov: Relations With US Not Among Russia’s Top Priorities

Relations with the United States are not a top priority for Moscow as a new world order is being formed, Russian Foreign Minister Sergei Lavrov said Friday.

MOSCOW (Sputnik) — In an interview with the Rossiya-24 TV channel, Lavrov rejected claims that the two countries are going through a new Cold War. What the world is seeing today is rather the formation of a new, multipolar order against the backdrop of US attempts to maintain control, according to the minister.

"I would not compare it [US-Russian relations] with the Cold War, this is a different situation. We have no ideological confrontation, which could lead to something similar to the Cold War," Lavrov told Rossiya-24 television.

Relations between Russia and the West deteriorated over the Ukrainian crisis. The European Union and the United States have imposed sanctions against several sectors of the Russian economy and high-profile officials, citing its alleged involvement in the conflict. Russia, in turn, imposed embargo on many food supplies from the sanction-imposing countries.

According to the Foreign Minister, Russia — US relations are not among Russia's top priorities.

Russia is ready to resume military contacts with the United States if Washington initiates the move, Sergei Lavrov added.

“When the Americans, for example State Secretary John Kerry at the recent meeting in Sochi, tell us that it would be good to revive military contacts and exchanges of information to prevent unintentional dangerous situations, we respond: “That’s great! If you are ready, approach us and we will respond.”

The minister stressed that it was Washington that severed contacts with Moscow in military, as well as other areas of cooperation.

Despite the tensions, Washington and Moscow continue to jointly address international areas of concern, most notably Iran’s controversial nuclear program and the ongoing Syrian civil war.

To address the crisis of trust, US Secretary of State John Kerry travelled to southern Russia where he met with his counterpart, Sergei Lavrov in the resort city of Sochi on May 12. Following the high-profile talks the top Russian diplomat said Moscow was open to constructive cooperation with the United States but only on a fair and equal basis.

Russia Will Cooperate With US in Areas of Mutual Interest – Lavrov