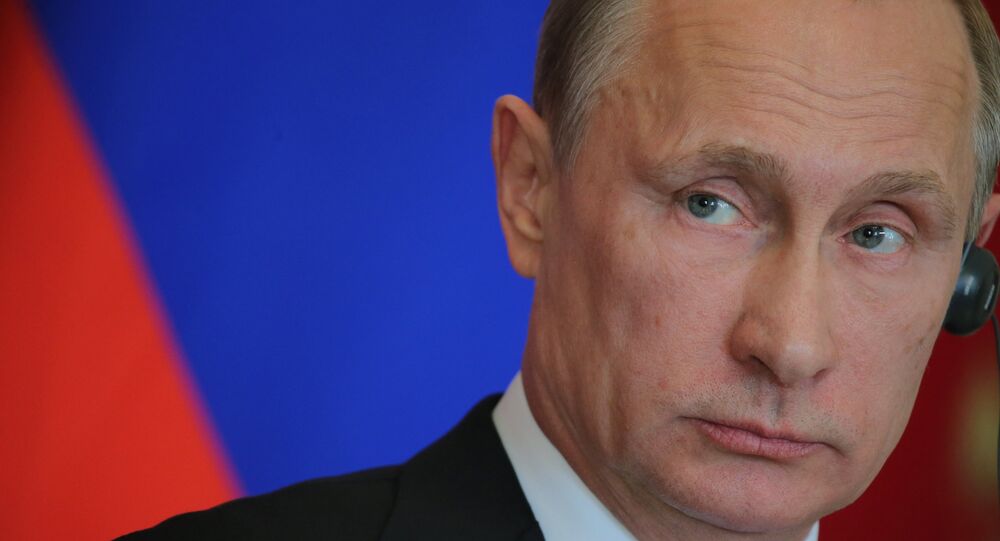 Phobias from the past should be forgotten in order to make the creation of a new system of European security possible, Russian President Vladimir Putin said during a joint press conference with German Chancellor Angela Merkel in Moscow.

© Sputnik / Vitaly Belousov
Merkel: Germany Working With Russia, Not Against It
MOSCOW (Sputnik) – Putin added that the system of global security should be built on the base of a non-aligned status, as well as on the Charter of the United Nations.

“A trully effective security system can be built on a non-aligned base, on the fundaments of providing an equal approach to ensure the safety of all participants of the international dialogue. If we could build something like this on the basis of the UN, then it seems to me that we achieved success,” the Russian leader said.

“We need to step over this, to take a step forward and not live under phobias from the past, but look into the future.”

Russian President Putin and German Chancellor Merkel discussed Moscow's relations with Berlin and Brussels, as well as the situation in Ukraine during talks in Moscow on Sunday. The two leaders also laid a wreath at the Tomb of the Unknown Soldier near the Kremlin walls to honor the memory of millions of Soviet people, who had died during World War II.