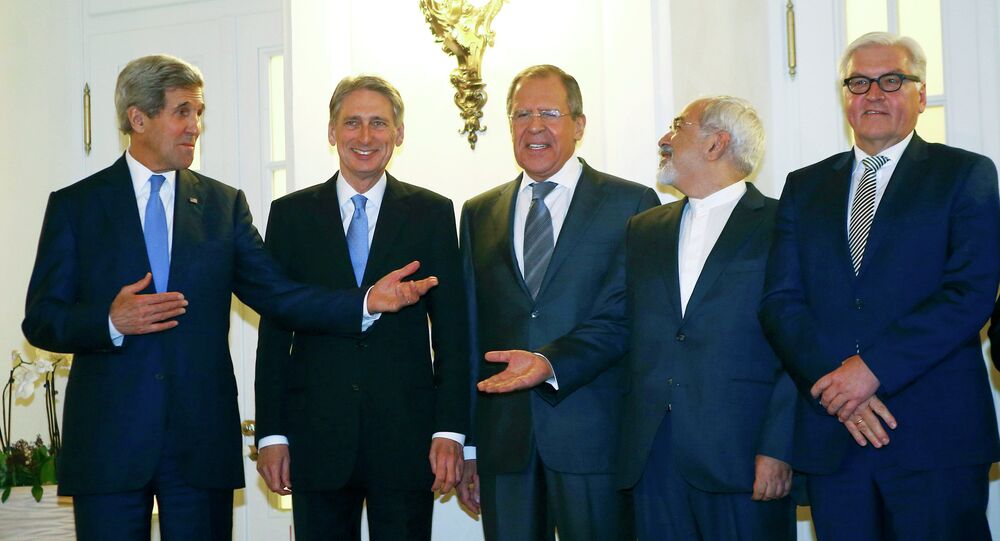 Several meeting are likely to take place next week in Vienna, according to Russia’s chief nuclear negotiator.

© Flickr / Andrew Heavens
US Could 'Snap Back' Iran Sanctions Without Approval at UN - US Ambassador
MOSCOW (Sputnik) – A number of meetings to discuss the Iranian nuclear program are expected to be held in Vienna next week, but the dates of those meetings are yet to be set, Russia’s chief nuclear negotiator said Thursday.

“We expect a number of meetings to take place next week, most likely in Vienna. The dates, however, remain to be set,” Russian Deputy Foreign Minister Sergei Ryabkov said.

Iran and the P5+1 group negotiating with the Islamic Republic on its controversial nuclear program have managed to reach understanding on 85 percent of issues, Russia’s top nuclear negotiator said.

“Understanding has been reached on 85 percent [of all issues], or even more. Some issues still require certain effort, however.”

© AP Photo / Pavel Golovkin
Moscow’s Three Major Moves Of The Past Week in Syria, Yemen, And Iran
Iran and the group of international negotiators, known as the P5+1, have been in talks on the nature of Tehran's nuclear activities in an effort to ensure Iran was not developing nuclear weapons since 2013.

On April 2, the P5+1 countries, comprising Russia, China, the United States, the United Kingdom, France and Germany, and Iran reached an interim deal, with Iran agreeing to reduce the number of centrifuges, decrease its uranium enrichment, and refrain from building any new uranium enrichment facilities for at least 15 years.

Nuclear-related sanctions imposed on Iran will also be lifted after the International Atomic Energy Agency (IAEA) verifies the country's compliance with the deal.

The final comprehensive deal on the Iranian nuclear program is expected to be reached by the end of June.