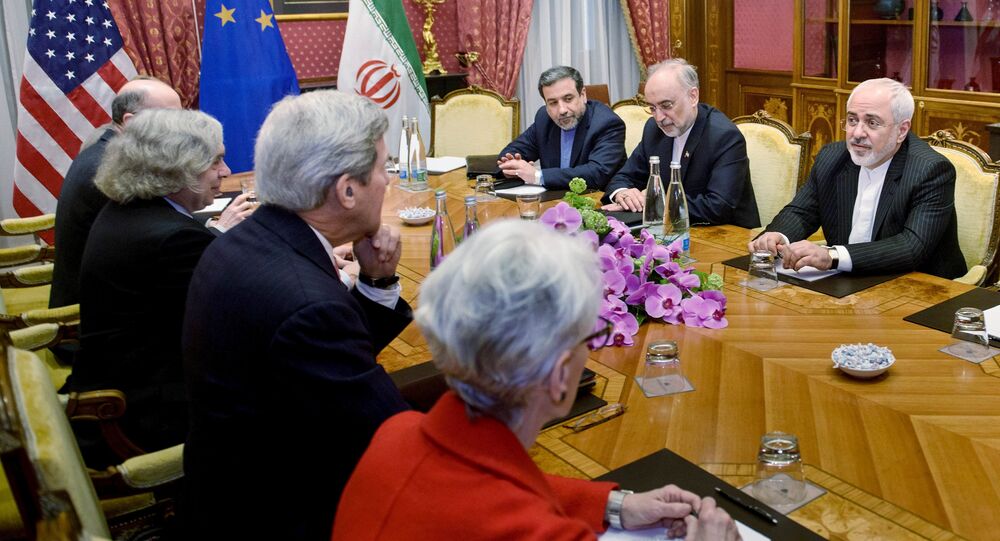 Iranian Foreign Minister Mohammad Javad Zarif and his US counterpart John Kerry are holding another meeting regarding the Tehran's nuclear program in the city of Lausanne.

The director of the Atomic Energy Organization of Iran Ali Akbar Salehi, US Energy Secretary Ernest Moniz and EU Political Director Helga Schmid are also taking part in the talks.

The sides are seeking to narrow the remaining gaps before the deadline for reaching a political framework for the comprehensive agreement on Iranian nuclear program expires on March 31.

© AP Photo / Brendan Smialowski
Yemeni Crisis Off Agenda at Nuclear Talks – Iranian Foreign Minister
The foreign ministers of the P5+1 countries are expected to join the talks over the weekend. Yet the venue or the date of the meeting has not been confirmed yet, and it could be either Lausanne or Geneva.

Iranian and US top diplomats met earlier on Friday. Ernest Moniz appeared positive as he left the talks, though nobody of the participants commented on the results except for stating that the discussions are underway.

Tehran and the P5+1 group of international negotiators, comprising Russia, the United States, the United Kingdom, China, France and Germany have been holding talks on Iranian nuclear program since November 2013. The final agreement ensuring a peaceful nature of Tehran's nuclear activities is expected to be reached by July 2015. Th political framework for the deal is to be ready by the end of March.