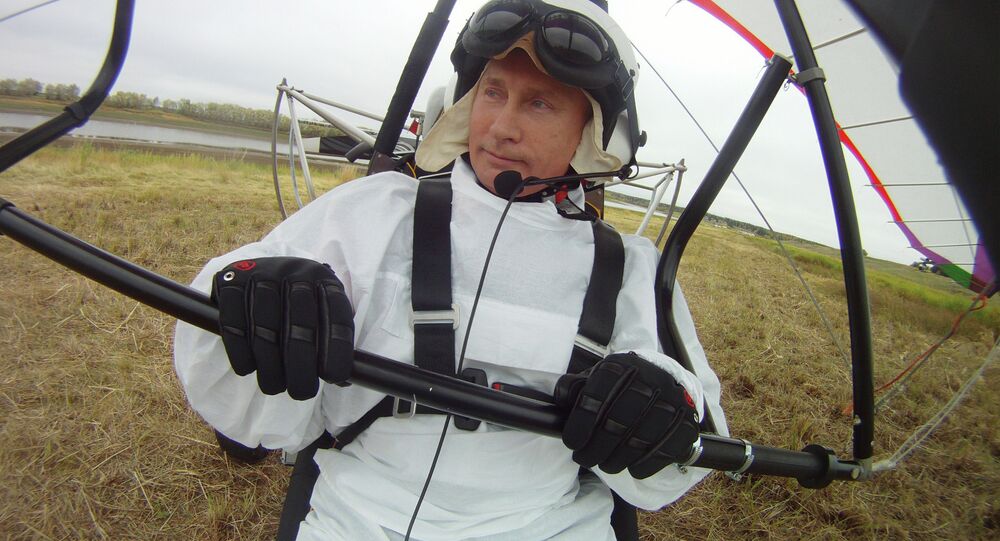 5 Most Ridiculous Theories About the Whereabouts of Vladimir Putin

It's been nine days since Putin made a public appearance, and media speculation about his location and state has (possibly) reached its peak. We look at the five most ridiculous media theories.

Somehow, such an audacious idea is not even at the top of the list of most ridiculous theories. Simply reading the news about President Putin's acts and statements can show that he is indeed working, having proposed the creation of a new federal agency on nationalities, planned a meeting with the President of Kyrgyzstan, signed two laws, four executive orders and had a phone conversation with Armenia's President. Prime Minister Medvedev doing his best Putin impression notwithstanding, an international conspiracy to conceal Putin's death would be a little over-the-top.

Rumors about President Putin's health seem to be reaching the level of those once "enjoyed" by Fidel Castro. After the 638 or so CIA plots to physically eliminate the Cuban leader failed, the only way left was to speculate on the rumors of his health in the media.

A Washington Post article on Saturday announced that Putin's illness would no doubt be hidden because "manly men don’t get sick." Of course, Putin's image as a "manly man," as the Post has it, is one that only appears in the Western media. In Russia, Putin has used his image as a policy tool, but it has been to promote slightly different values, such as exercise and abstaining from smoking and drinking for Russia's men.

3. He is Witnessing the Birth of His Love Child

It's also not clear why, if Putin allegedly disappeared on March 5, he would take such a long time to be gone to simply witness the birth of his alleged child.

Of course, the fact that no Russian Presidency planes have gone to Switzerland in the past week, and that the woman who media outlets allege to be Putin's girlfriend, gymnast and Russian State Duma Deputy Alina Kabaeva, has not given birth seem to be of no concern to the many people circulating yet another unfounded rumour.

2. He Was Overthrown in a Coup

© Sputnik / Ekaterina Shtukina
Is Medvedev aiming for the top seat?

This is one of the less popular theories, although it does show that theories of Putin's "absence" do say more about the people who are spouting the theories than what Putin is really doing. According to Forbes, either Chief of Staff Sergei Ivanov or President of Chechnya, Ramzan Kadyrov could actually be in power right now.

How exactly this would happen is unclear, as he has made television appearances on March 5th, 8th, 11th, 12th and 13th. However, this is still not enough for some media outlets.

A Washington Post cartoonist suggested this one, and, well, there isn't much to really contradict it. Although press secretary Peskov has not commented if Putin roots for Kevin Spacey's character or Viktor Petrov, the fictionalized Russian President in the series, one thing is clear, Netflix' policy of release of all 13 episodes in one day is not good for anyone's productivity.

This may also be one of those times when the most ridiculous solution is probably the least impossible. The other option would be that he pre-recorded a bunch of meetings for TV, turned off his answering machine and went fishing, but that would mean being out of the office for things like talking to the Armenian President or signing several laws.

Overall, if there is one thing this media furor over Putin's absence from the public has shown, it's that Putin has achieved a celebrity status surpassing that of Kanye West and Kim Kardashian put together. It's up for debate if US President Barack Obama would receive the same amount of media coverage if he decided to stay at Camp David for a week and not make any public appearances, but #PutinChallenge, anyone?