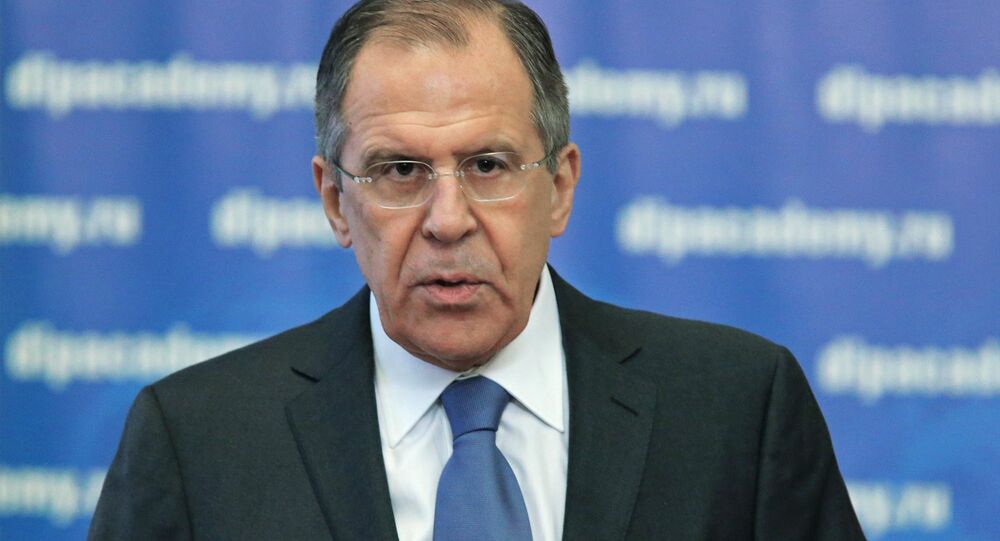 However, some Western capitals demonstrate hostility that surpasses the Cold War levels. But Washington's attempts to turn other countries against Moscow came to naught, Russia's foreign minister said.

“On the one hand, the Cold War was based on an uncompromising confrontation of ideologies. We have no contradicting ideologies at the moment, we follow the same principles in economy and politics, so no objective reasons for… the second edition of the Cold War,” he told students at the Diplomatic Academy of the Russian Foreign Ministry.

“On the other hand, some Western capitals are demonstrating hostility that surpasses levels of the Cold War,” the minister added.

Russia is maintaining equitable and mutually respectful dialogue on a wide range of issues with the overwhelming majority of states in the world, Lavrov added.

“Regardless of the unprecedented size of the campaign, Washington was unable to slap together a global anti-Russian coalition,” Lavrov said.

© Fotobank.ru/Getty Images /
US State Department Claims America Hasn't Initiated a New Cold War With Russia
Relations between Moscow and Washington have significantly deteriorated after Russia reunited with Crimea in March and an armed conflict erupted in eastern Ukraine. The United States and its allies have imposed multiple sanctions against Russia's banking, energy and military sectors, as well as against several high-profile individuals over Moscow's alleged involvement in Ukraine's internal affairs.

In September last year, US President Barack Obama placed Russia second on a list of key global threats, with the first place given to the spread of the Ebola virus, and the third place – to the threat from the Islamic State jihadist group.

Moscow has repeatedly denied the claims, calling for dialogue between Kiev and independence supporters in Ukraine's eastern regions.

Tweetplomacy: US Rep in Ukraine Spends All Day Bashing Russia on Twitter