Belarusian President Alexander Lukashenko has stressed the importance of the practical implementation of Minsk agreements on Ukraine. 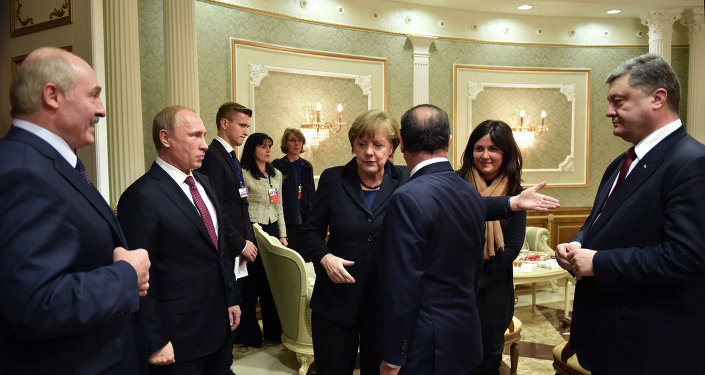 © AP Photo / Mykola Lazarenko/Pool
US Leadership Notably Absent at Minsk Talks - Former US Ambassador to UN
MINSK (Sputnik) – Belarusian President Alexander Lukashenko has emphasized that the recently-signed Minsk agreements on Ukraine are highly important and need to be strictly implemented in order for the crisis in Donbas to end.

© AP Photo / Charles Dharapak
G7 Ready to Adopt New Measures if Minsk Agreement Violated
The Contact Group on Ukraine, which includes representatives from Russia, Kiev, the self-proclaimed people's republics of Donetsk and Luhansk (DPR and LPR) and the Organization for Security and Co-operation in Europe (OSCE) agreed on a number of measures aimed at ending the conflict in southeastern Ukraine on Thursday. The agreement was signed at the conclusion of a meeting between Russian President Vladimir Putin, his Ukrainian counterpart Petro Poroshenko, German Chancellor Angela Merkel and French President Francois Hollande in Minsk. 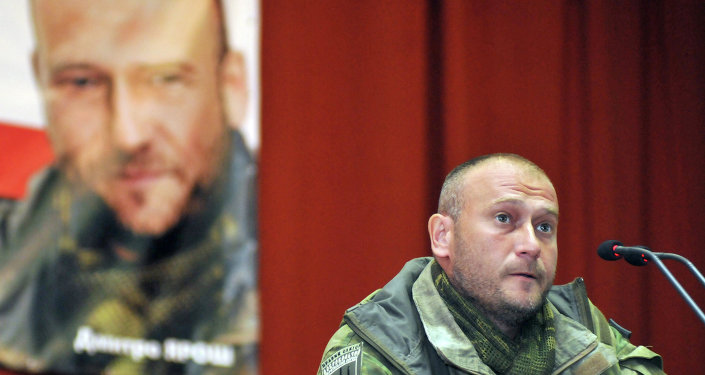 US Could Reconsider Sanctions if Minsk Deal Implemented – Congressman

Nobody Has Firm Belief in Success of Minsk Deal - Poroshenko

Minsk Agreements Should Bring End to Sanctions Against Russia - Minister