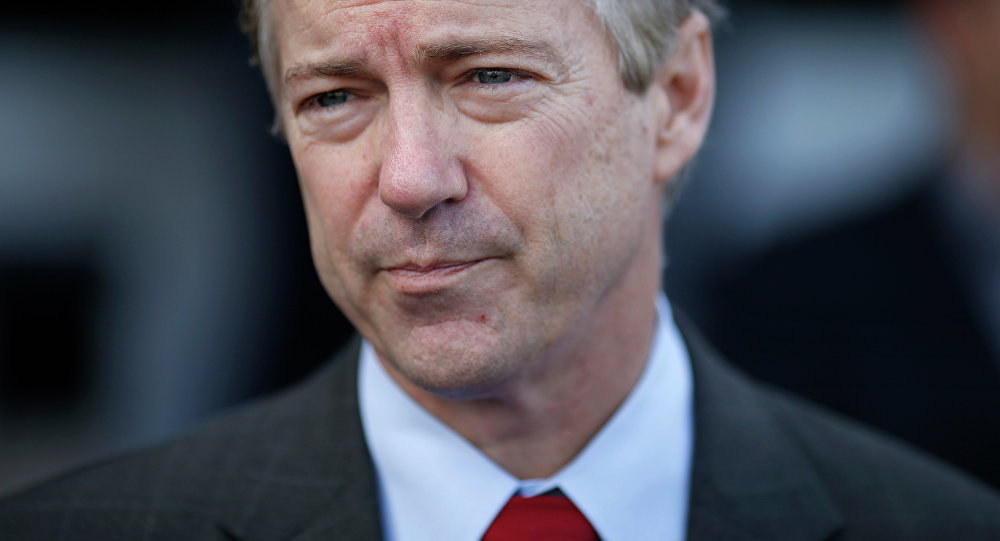 The Fed Clashes with Rand Paul Over Central Bank's Accountability

The Federal Reserve slammed Senator Rand Paul’s plan to give Congress the ability to oversee the central bank.

Paul reintroduced the “Audit the Fed” legislation last month, along with 30 cosponsors including other 2016-hopefuls like republicans Marco Rubio and Ted Cruz. The bill was authored by Paul’s father, former Texas Rep Ron Paul, and would allow the Government Accountability Office (GAO) to audit the Federal Reserve.

Regional bank presidents around the country have denounced the plan, arguing it will harm the economy.

© AP Photo / Phelan M. Ebenhack
“Who in their right mind would ask the Congress of the United States — who can’t cobble together a fiscal policy — to assume control of monetary policy?” Richard Fisher, president of the Federal Reserve Bank of Dallas

“Who in their right mind would ask the Congress of the United States — who can’t cobble together a fiscal policy — to assume control of monetary policy?” Richard Fisher, president of the Federal Reserve Bank of Dallas, said during an interview with The Hill.

But due to Paul’s rising star status in the new Republican-dominated Congress, and his own potential 2016 presidential bid, bank officials are worried he might just have the support needed to get it passed.

“This runs the risk of monetary policy decisions being based on short-term political considerations instead of the longer-term health of the economy,” Plosser said.

For his part, Paul has brushed off criticism of his plan, saying Fed officials “will say and do anything to keep their business hidden from the American people.”

Paul is set to hold an Audit the Fed rally in Des Moines, Iowa on Friday.

“This secretive government-run bureaucracy promotes policies that have impacted the lives of all Americans,” he said. “Citizens have the right to know why the Fed’s policies have resulted in a stagnant economy and record numbers of people dropping out of the workforce.”

The Fed’s twelve presidents are expected to continue to oppose Paul’s proposal and its supporters.

“They really are about allowing political considerations to influence monetary policy decisions,” Cleveland Fed President Loretta Mester said on Wednesday. “This would be a tremendous mistake, because it would ultimately lead to poorer economic performance.”