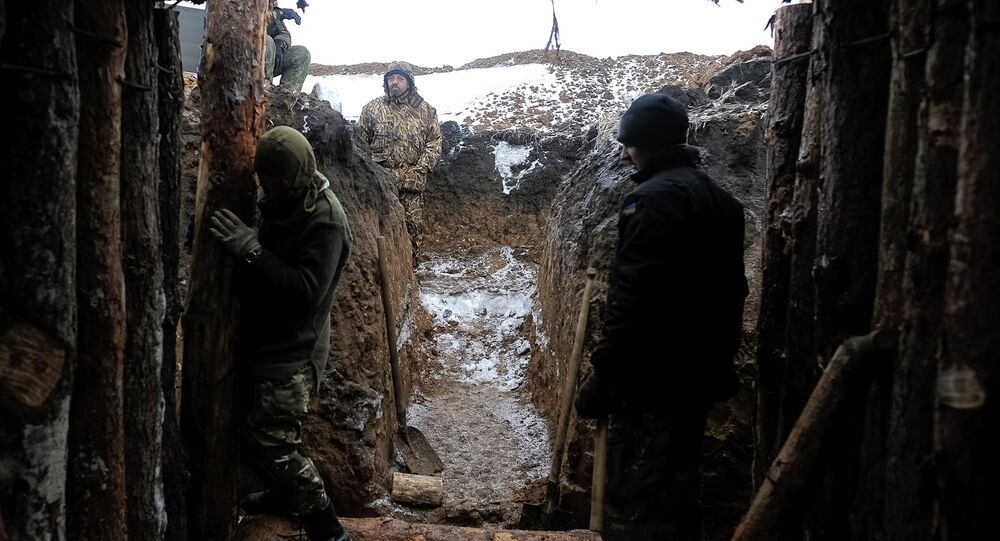 Former Secretary of State Henry Kissinger expressed his concern over the US possibly militarily involved in the conflict in Ukraine.

© AP Photo / Julie Jacobson
Russia’s UN Envoy Says Discussions of Ukrainian Conflict in Security Council Politicized
WASHINGTON, January 30 (Sputnik) — Former Secretary of State Henry Kissinger is worried of the United States becoming militarily involved in the conflict in Ukraine without having clear objectives, he stated during testimony before the US Senate.

“I am uneasy about beginning a process of military engagement without knowing where it will lead us and what we are willing to do, and what is at stake,” Kissinger said Thursday when questioned about possible US provision of weapons to the government in Kiev. “I am uneasy when one speaks of military measures alone, without having a strategy fully put forth”.

Do you think Russia and the US are heading back towards Cold War?
Voted: 1
All polls
The former Secretary of State argued that he believes the ultimate outcome for Ukraine must be its independence, the withdrawal of Russian soldiers, alleged to be fighting inside Ukraine, and its freedom to develop relations, including NATO membership if it decides. That outcome “may be through military measures,” Kissinger said, but again emphasized the need to consider a strategy prior to any military engagement in the country.

“This is a territory 300 miles from Moscow, and therefore has special security implication,” the former official noted. Kissinger argued further that Ukraine’s sovereignty must be maintained “within its existing borders.”

Secretary Kissinger has worked under three United States presidents during his lifetime where he developed a program of detente and improved relations with the Soviet Union. He is currently the chairman of Kissinger and Associates international consulting firm and has written extensively on US foreign relations.

Snatch That Bread! Ukraine Might End Up Feeding Europe Instead Of Itself

Contact Group on Ukraine to Meet in Minsk on January 30

Albright Says US Should Arm Kiev, But Avoid Starting Confrontation