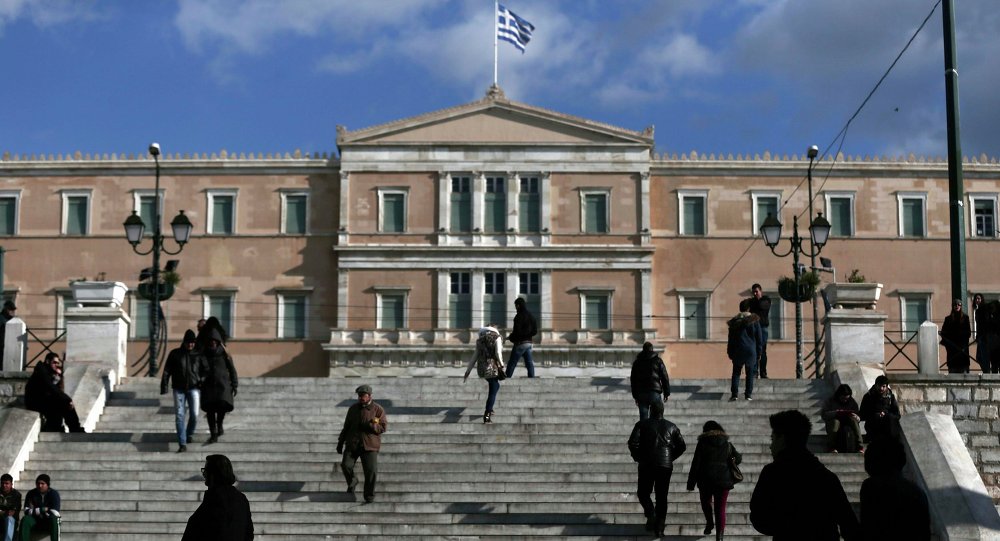 US Department of State spokesperson Jen Psaki commented on the recent Greece’s objections to the western sanctions against Russia, saying that this is a part of debates within the EU and not a matter of concern for the US.

© REUTERS / Alkis Konstantinidis
Greek Official Says Sanctions Against Russia Damage Economy of Greece
WASHINGTON, January 28 (Sputnik) — Greece’s objection to the western sanctions against Russia is a part of common discussion process within the European Union (EU), and not a matter of concern for Washington yet, spokesperson for the US Department of State Jen Psaki said Wednesday.

“These are deliberations that are happening within the EU,” Psaki said, noting that there have been debates in the past about what is beneficial or not on the EU sanctions, leading up to decisions that are made. “So, that has not been uncommon. I don’t think we are at the point where we have concern.”

The Greek Deputy Foreign Minister said on Wednesday that the country is against sanctions imposed on Russia, as they damage the Greek economy, including agriculture.

On Tuesday, EU leaders asked the Foreign Affairs Council to consider new sanctions against Russia over its alleged role in the shelling of the Ukrainian city of Mariupol earlier his month, that claimed lives of at least 30 civilians. The newly-elected Greek government, led by Prime Minister Alexis Tsipras expressed the country’s «discontent» to EU foreign policy chief Federica Mogherini, underlining that the EU statement was released without the consent of the member states.

© AP Photo / Lefteris Pitarakis
Syriza's Victory in Greek Elections to Help End EU Sanctions Against Russia
Psaki stressed that the United States appreciates the cooperation of its European partners in implementing the sanctions adopted by the EU, and continues to work with them to maintain the end of the crisis in Ukraine.

“The new Greek government is only a couple days old, and obviously we expect they’ll have conversations with a range of countries,” Psaki added.

Earlier in January, the Incofruit-Hellas association of Greek enterprises exporting fruit, vegetables and juices said in a report that the country’s farmers have lost $46.7 million in fruit and vegetable exports due to the one-year food ban introduced by Russia in August 2014. The ban was a response to sanctions imposed on Russia earlier over the country’s alleged involvement in the Ukrainian conflict.

The United States, the European Union and their allies have imposed several rounds of sanctions against Russia beginning March 2014. The West cited Moscow’s alleged interference in the Ukrainian conflict as the reason for the restrictions. Moscow has denied the accusations.