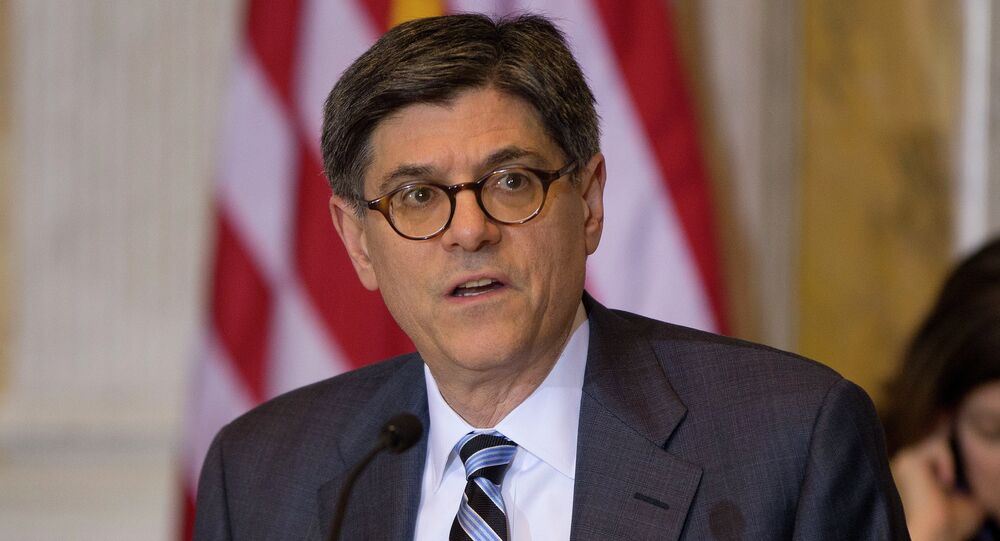 US Treasury Secretary Jacob Lew said Wednesday after meeting with the Ukrainian finance minister that the United States would continue to work with its allies to increase pressure on Russia.

"Our first choice was diplomatic resolution that allows us to lessen sanctions. But we remain prepared to do more if necessary. We will continue to work with our allies to increase pressure on Russia," Secretary Jacob Lew said at a briefing in Kiev.

Do you think Russia and the US are heading back towards Cold War?
Voted: 1
All polls
Sanctions will be removed if Moscow fully implements its obligations listed in the Minsk agreements, he added.

At the same meeting, the United States agreed to provide $2 billion in loan guarantees to Ukraine.

The United States, the European Union and a number of other countries have imposed several rounds of economic sanctions against Russia since March 2014. The West cited Moscow's alleged interference in the Ukrainian internal conflict as the pretext for the restrictions. Moscow has repeatedly denied these accusations, saying they lack evidence.

The sanctions target Russia's banking, energy and defense sectors, as well as certain individuals the West accuses of being directly involved in the deterioration of the Ukrainian crisis.