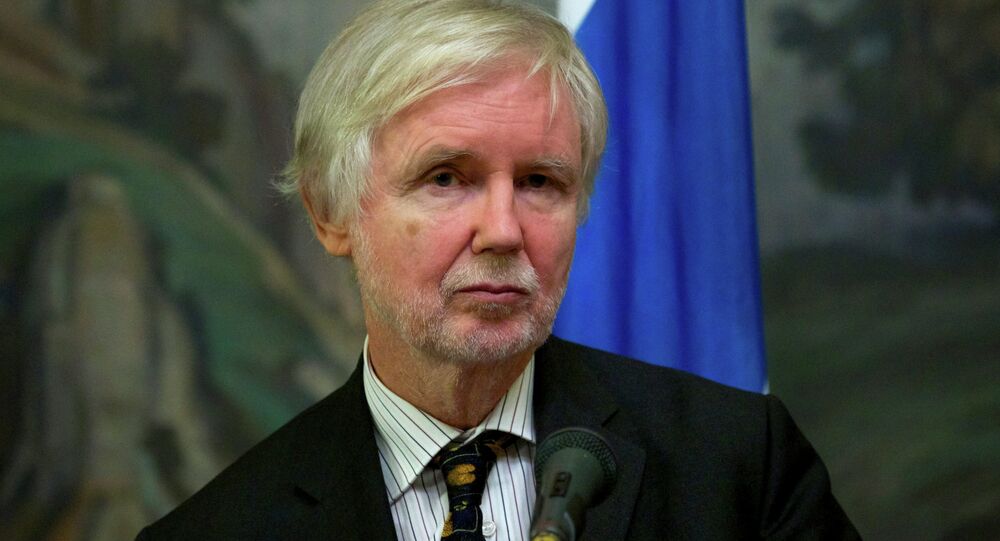 Finland's foreign minister Erkki Tuomioja stated that the country could impose additional sanctions against Russia if the situation required.

© Flickr / Giampaolo Squarcina
EU Leaders Call on FMs to Consider New Sanctions Against Russia
MOSCOW, January 28 (Sputnik) – Finland can introduce additional restrictive measures against Russia, which the West has been targeting with sanctions over its alleged involvement in the Ukrainian crisis, if the situation calls for it, the country's foreign minister Erkki Tuomioja has said.

"I believe that we will give instructions that if the need arises, we should draw up a new list of sanctions that can be enforced by the European Council if the situation warrants it," Tuomioja said as quoted by Finland's Yleisradio Broadcasting Company Tuesday.

The minister added, however, that no immediate decisions were being considered as "there is no clear picture" with regard to anti-Russia sanctions.

On Tuesday, the leaders of the European Union issued a communique, calling on their foreign ministers to consider new sanctions against Russia to ensure the fulfillment of the Minsk agreements on the crisis in Ukraine. The next EU foreign ministers meeting on Ukraine is scheduled for Thursday.

© REUTERS / Brendan McDermid/Files
Sanctions Main Factor for Russia’s ‘Junk’ Rating
Relations between Russia and the West deteriorated in 2014 over the Ukrainian crisis.

The United States, the European Union and their allies have been imposing sanctions against Russia since last year, accusing Kremlin of interfering in the Ukrainian conflict by supporting independence fighters in the country's southeast. The sanctions target Russia's banking, energy and military sectors, as well as certain individuals.

Russia has repeatedly denied being involved in the situation in Ukraine, stressing that sanctions are counterproductive and hurt not only the target country, but those using the measure as well.

The situation in Ukraine's southeast, where Kiev launched a military operation against independence supporters last spring, has deteriorated in the past weeks. Fighting in the region continues, despite the ceasefire agreement signed between the conflicting parties at a meeting of the Contact Group on Ukraine in the Belarusian capital, Minsk, in September. The meeting was attended by representatives from Russia and the Organization for Security and Co-operation in Europe (OSCE).

Lifting Sanctions Against Tehran to Bring Boon to Russian-Iranian Economies