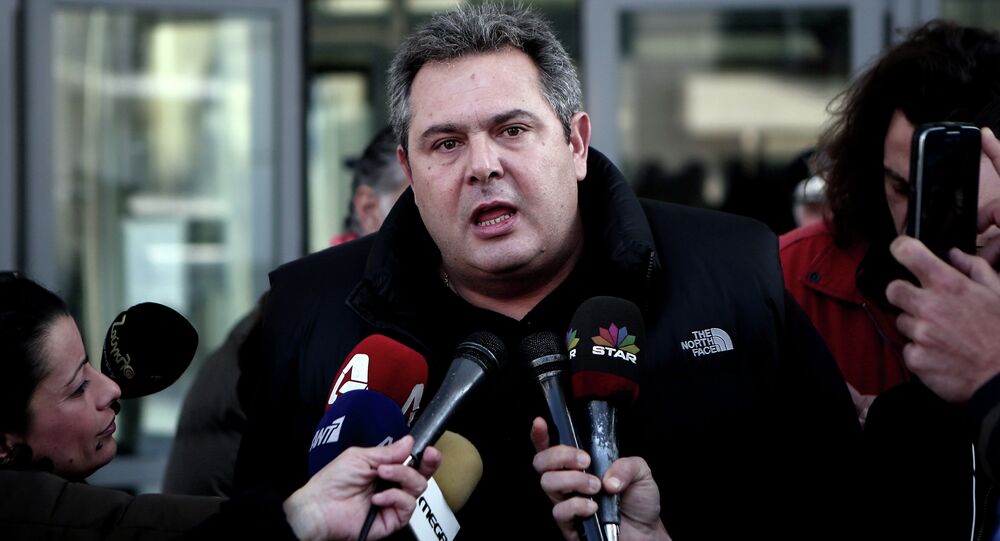 'Independent Greeks' Bow Out of Coalition Talks With 'River Party'

In contrast, the 'Independent Greeks' (ANEL) told the winning anti-austerity 'Syriza' that it was open to forming a coalition.

"We are not going to cooperate with a government that will be formed together with 'The River'," the website quoted Kammenos as saying.

This announcement comes after ANEL told the anti-austerity leftist 'Syriza' party, which appears to be winning Sunday's snap parliamentary elections, that it was open to forming a coalition.

Do you believe SYRIZA can fix Greek economy?
Voted: 1257
All polls
'Syriza', or 'Radical Coalition of the Left', is leading with 36.34 percent of votes and is expected to win 149 seats, just two short of an absolute majority.

ANEL is a distant sixth, with 4.75 percent of votes, and is anticipated to win 13 seats, which is enough to build a majority coalition in parliament together with the victorious 'Syriza' and leave the ruling 'New Democracy' party far behind. The democrats are currently second with 27.81 percent of the ballot and 76 seats.