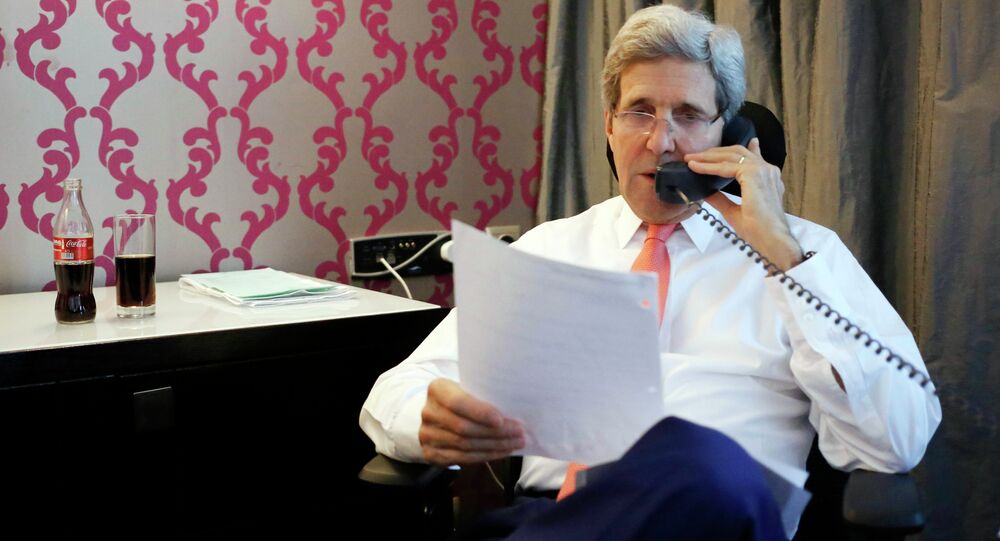 The Russian Foreign Ministry announced that US Secretary of State John Kerry reaffirmed Washington's support of the meeting in Moscow between representatives of the Syrian government and various opposition groups scheduled for the end of January.

"In the contexts of the Syrian crisis, Foreign Minister Lavrov once again emphasized the importance of the search for a political settlement by all involved sides," the ministry said in a press release.

"On his part, John Kerry reaffirmed Washington's support of the meeting in Moscow between representatives of the Syrian government and various opposition groups scheduled for the end of January," the document said.

The negotiations in Moscow are scheduled to take place between January 26 and 29. The Syrian government officials, representatives from internal opposition parties and UN special envoy for Syria Staffan de Mistura are expected to participate in the talks.

The Syrian government has been fighting numerous armed groups in the country since 2011. Previously, talks between the Bashar Assad government and the Syrian opposition were held in 2012 and 2014 in Geneva, but the negotiating parties did not reach an agreement.