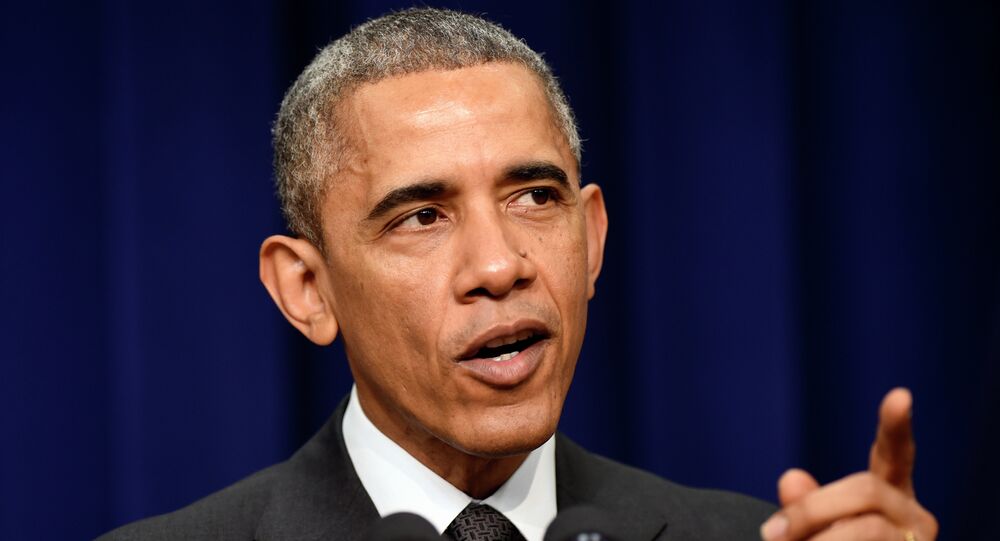 US President Barack Obama said that the probability of diplomatic resolution of the Iranian nuclear crisis is less than 50 percent.

WASHINGTON, January 16 (Sputnik) — The probability of diplomatic resolution of the Iranian nuclear crisis is less than 50 percent, US President Barack Obama said during a joint press conference with UK Prime Minister David Cameron on Friday.

“Chances that we can have a diplomatic deal [with Iran] are probably less than 50/50," Obama said adding that “the likelihood of negotiations collapsing is very high."

© Sputnik / Sergey Guneev
Obama Extends National Emergency Regarding Iran: White House
Obama added that even if the nuclear deal with Iran is reached and the West is assured that Iran does not possess any nuclear weapons, the United States still has a lot of problems with Iran on “state-sponsored terrorism, on their rhetoric towards Israel, their financing of Hezbollah,” and there are differences in respect to Syria.

During the Vienna talks of Iran and the P5+1 group including Russia, the United States, Britain, France, China and Germany held in November 2014, the sides failed to elaborate a comprehensive deal and extended negotiations until July 1, 2015.

A plenary meeting of Iran and the P5+1 group of international mediators will be held on January 18 in Geneva, Switzerland.