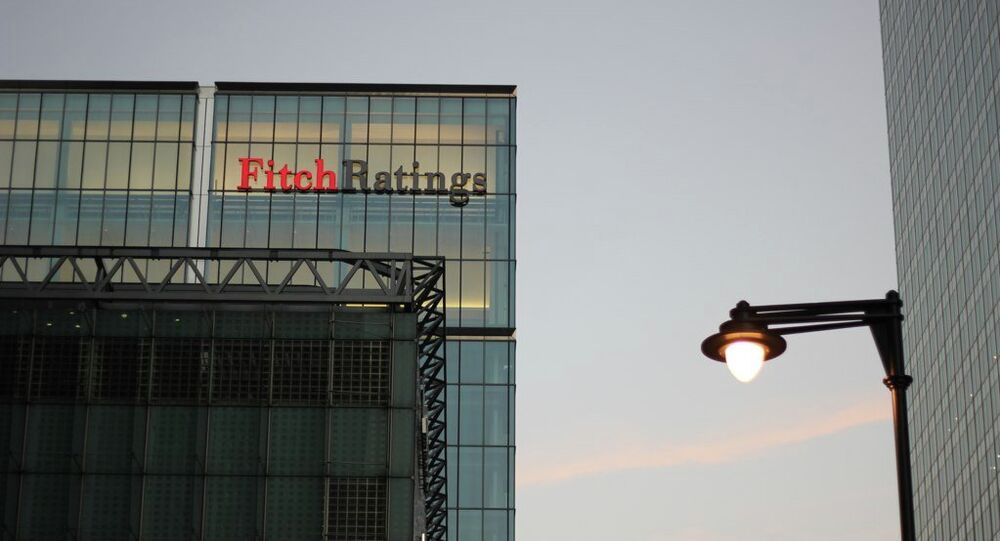 According to politician, Fitch’s decision cannot be considered objective, as the Russian economy is quite balanced and has “very powerful” accumulated reserves, including forex ones, in the National Wealth Fund.

“We have long been convinced that ratings have a political component, they are often used as means to put pressure on a country’s economy and politics,” Sergei Shatirov, deputy head of the Federation Council Committee on Economic Policy, told RIA Novosti.

According to the politician, Fitch’s decision cannot be considered objective, as the Russian economy is quite balanced and has “very powerful” accumulated reserves, including forex ones, in the National Wealth Fund.

“So the conclusions about the downgrade are premature and unfounded,” the lawmaker said.

© Flickr / Gideon Benari
Fitch Expected to Lower Russia's Credit Rating From BBB to BBB-
Russian economy will soon find “the basis to move forward,” Shatirov stated, adding that “we need to work on developing our own capabilities, and then we will not be scared of any ratings and forecasts.”

On Friday, Fitch, a major ratings company headquartered in London and New York, downgraded Russia’s credit rating citing "sharp falls in the oil price and the rouble, coupled with a steep rise in interest rates." The company also set a negative outlook on Russian sovereign debt.

Russia’s national currency has plummeted alongside the oil prices in recent months, losing some 40 percent of its value against the dollar since summer 2014. In December, financial agency Standard & Poor's, which currently rates Russia as BBB-, announced that it could downgrade the country’s rating over its weakening economy.