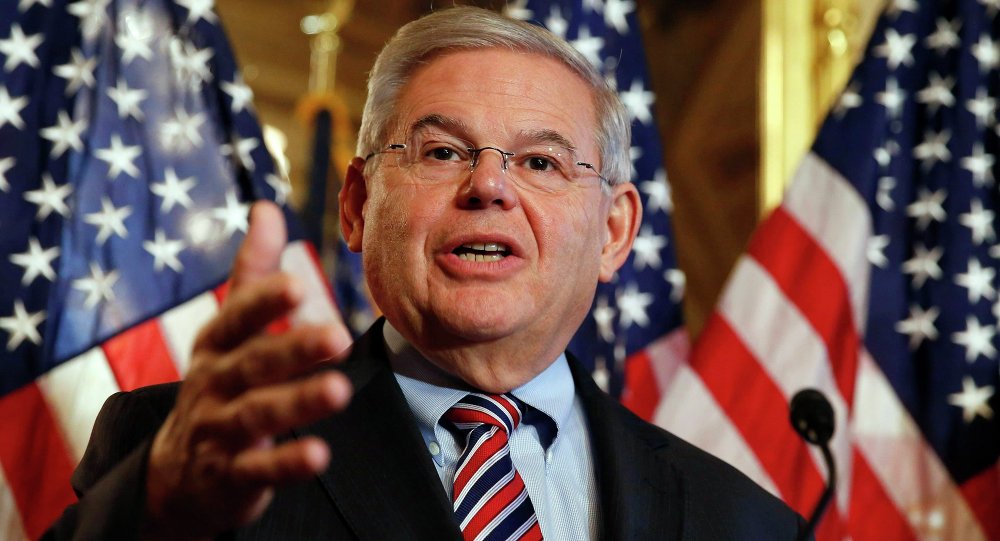 WASHINGTON, January 9 (Sputnik) – US lawmaker Robert Menendez has sent a letter to Azerbaijan's President Ilham Aliyev condemning the closure of Radio Free Europe/Radio Liberty's (RFE/RL) Baku bureau and urged its reopening, as well as the release of political prisoners, according to a press release published on the senator's website on Friday.

© Sputnik /
US 'Deeply Disturbed' by Police Raid of RFE/RL Baku Offices: State Dep't
"Azerbaijan's crackdown on the media, civil society, and all forms of non-violent political dissent is a serious impediment to progress in the US-Azerbaijan bilateral relationship. I urge you to condemn the December 26th raid of RFE/RL's Baku Bureau by members of the Azerbaijan Prosecutor's Office and allow RFE/RL's bureau and employees to resume their regular journalistic activities," Menendez's letter said.

In the end of December, Azerbaijani prosecutors raided and closed the Baku offices of RFE/RL, in accordance with a court decision. According to the authorities, the raid was carried out as a part of an investigation into the broadcaster's local office as a "foreign-funded entity." State prosecutors are probing into foreign-funded non-governmental organizations and media sources, suspected of massive tax evasion.

Menendez also called on Aliyev to release Khadija Ismayilova, an investigative journalist and RFE/RL contributor, Leyla Yunus, Director of the Institute of Peace and Democracy, and the other political prisoners currently detained in the country.

On December 30, Aliyev approved an amnesty freeing 87 inmates, include some opposition activists and journalists.