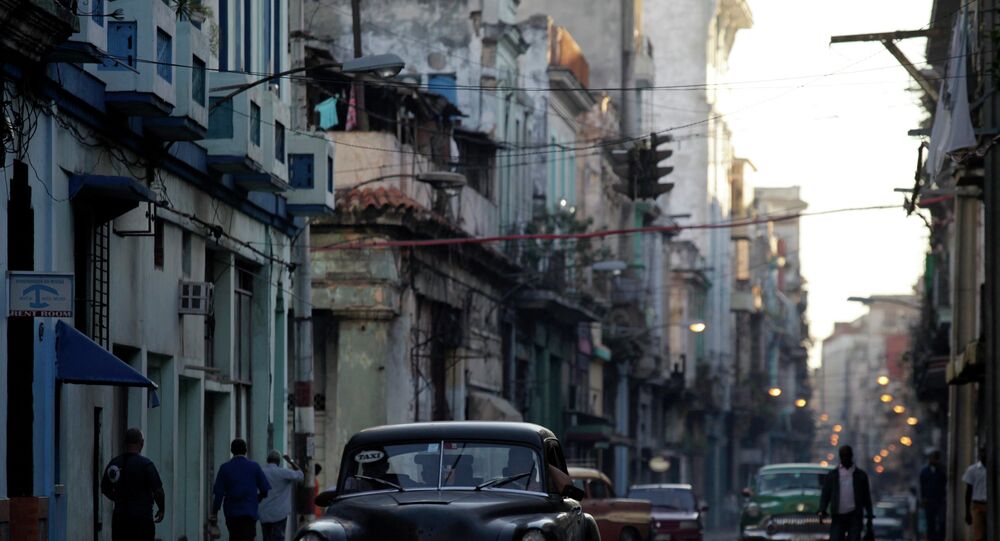 US President Barack Obama said he is concerned about human rights in Cuba, but through engagement with Cuba the United States will have a better chance of seeing change in Cuba.

© AP Photo / Julio Cortez
New US-Cuba Relations Raise Questions About US Fugitives
WASHINGTON, December 19 (Sputnik) — US President Barack Obama said he is concerned about human rights in Cuba, but the United States needs to change course on its Cuba policy.

"I share the concern of dissidents and human rights activists that this is still a regime that oppresses its people. I don't anticipate overnight changes," Obama said at the annual press conference on Friday.

Obama said that through engagement with Cuba the United States will have a better chance of seeing change in Cuba.

Friday’s press conference wraps up Obama’s sixth year in office ahead of his annual Christmas and New Year vacation in Hawaii scheduled until January 3.

© REUTERS / Doug Mills/Pool
Obama: US to Review Cuba's Place in List of State Sponsors of Terrorism
The embargo against Cuba will not be lifted right away, but the ultimate goal is to pull it down, US President Barack Obama said at the annual press conference on Friday.

"I think that ultimately we [the United States] need to go ahead [and] pull down the embargo, which I think has been self-defeating in advancing the aims that we are interested in, but I don't anticipate that that happens right away," Obama said. "I think people are going to want to see how does this move forward, before there is any serious debate about whether or not we would make major shifts in the embargo."

© Sputnik / Alexandr Solovsky
US-Cuban Relations in Facts and Details
Obama underlined that the embargo can't be brought down unilaterally, adding that there is going to be a discussion in Congress.

Obama Says He Hopes to Visit Cuba, But Not Target Right Now

US President Barack Obama hopes to visit Cuba sometime, but it is not a priority to negotiate with Havana right now.

© Sputnik / Denis Voroshilov
US, Cuba Relations Raise Questions on Guantanamo, Refugees and Military
"We are not at a stage where me visiting Cuba or President Castro coming in the United States is in the cards…I hope at some point in my life I'll visit Cuba…but there's nothing specific where we want to target some sort of visit on my part," Obama said on Friday at the annual press conference.

Obama announced Wednesday that the United States would establish relations with Cuba after a more than 50-year hiatus. As part of the opening, the United States will ease travel to Cuba for American citizens, open limited areas of trade, increase allowable remittances and ease restrictions on some financial translations, such as credit card use in Cuba.