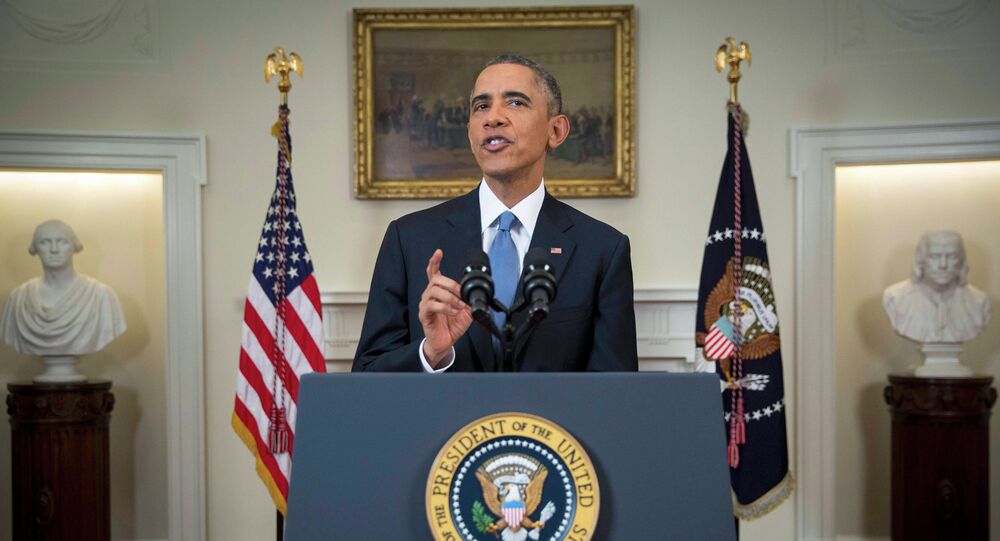 US President Barack Obama announced that the US planned to review Cuba's status in the list of states, sponsoring terrorism.

“The key issue here is to use that list based on facts, not based on ideology. If, in fact, Cuba is not aiding or abetting terrorist organizations, they shouldn't be on the list,” the US president told ABC in an interview.

As for the changes Obama expects in Cuba, the president said that he is "not sure that Raul Castro at the age of eighty-something is going to be changing significantly, but there is going to be a generation of change in Cuba."

On Wednesday, Obama announced that the United States is to restore diplomatic relations with Cuba after more than 50 years.

On the same day, Cuban leader Raul Castro confirmed that his country and the United States had agreed to restore diplomatic relations, but noted that it was too early to speak about the end of the economic sanctions implemented against the island.

Relations between the two countries deteriorated, following the Cuban revolution of 1959, with the United States introducing an embargo on nearly all imports from Cuba and pushing for democratic reforms in the island country.

Thaw in US-Cuba Relations Would Be Positive Development for Russia: Ryabkov

Sanctions Against Cuba to Be Relieved in Coming Weeks: US Treasury