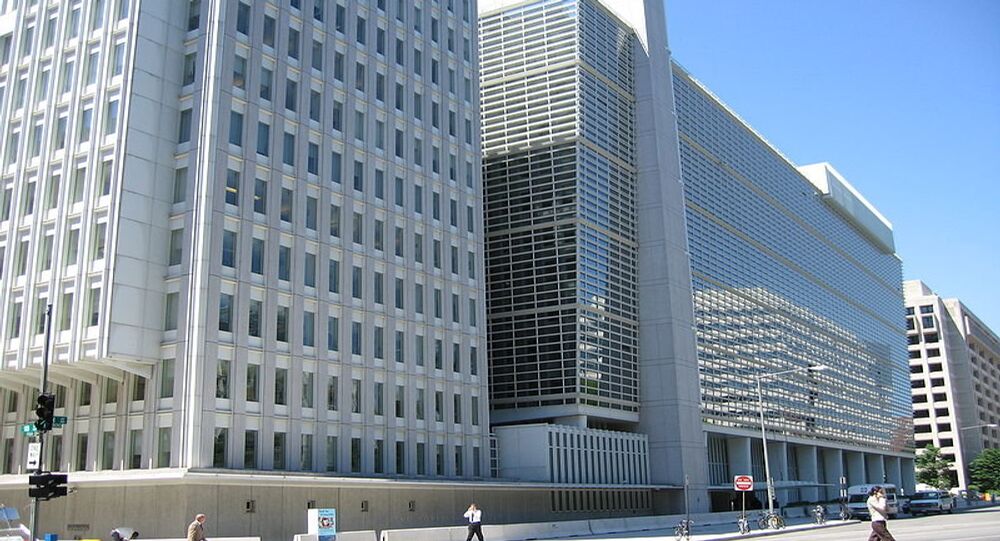 US Assistant Secretary of State Victoria Nuland stated Wednesday that the International Monetary Fund (IMF) and the World Bank will increase the financial assistance for Ukraine to help to fill a fiscal hole of $10-15 billion.

"We [the United States] expect that the IMF and World Bank will have to increase their support for Ukraine," Nuland said, adding that this measure is needed to fill a fiscal hole of $10-15 billion.

© Sputnik / Evgeny Kotenko
Ukraine Hopes to Receive Next IMF Loan Tranche in 2014: National Bank
The State Department diplomat also stressed that this financial support should be conditioned on the Ukrainian government's performance in terms of reducing corruption and economic liberalization.

"But, again, this [financial support] has to be pegged to implementation of reforms. It has to be pegged to [Ukraine's] President [Petro] Poroshenko, Prime Minister [Arseniy] Yatsenyuk, the government, the [Verkhovna] Rada and the Ukrainian people meeting their commitments," Nuland added.

She also stressed that Ukraine needed "to get it this time, in terms of corruption, in terms of really liberalizing the economy and making it better integrated with Europe and the world."

Due to the escalation of conflict in southeastern Ukraine, the country's economy has steadily declined. According to the IMF, Ukraine's economy is expected to sink by 7.5 percent this year and by 4.3 percent in 2015. Meanwhile, foreign debt will exceed Ukraine's gross domestic product by year end, Russian Prime Minister Dmitry Medvedev said Monday.