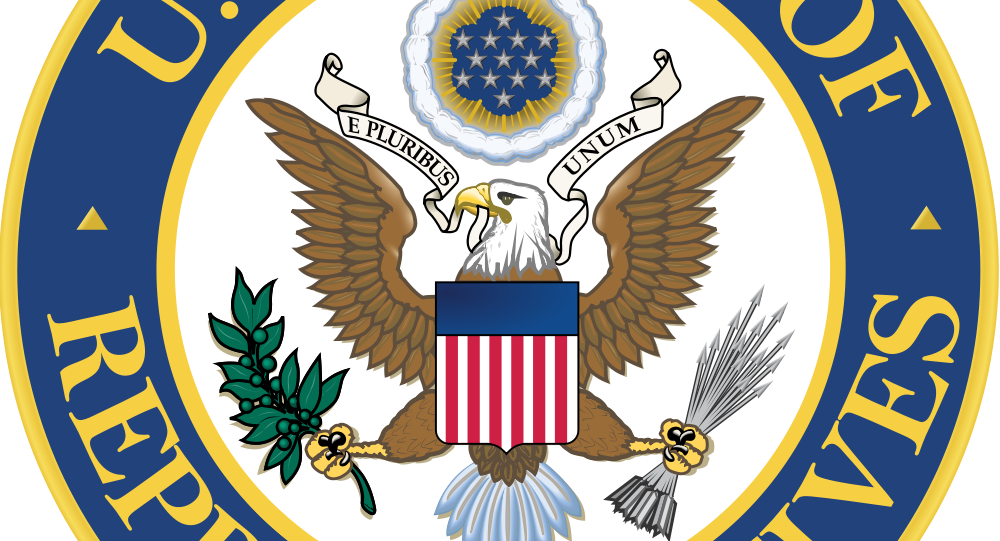 The US House of Representatives voted 411-10 to pass a non-binding resolution, urging Russia to stop "policy of aggression against neighboring countries, aimed at political and economic domination" and calling for visa bans, asset freezes, and sanctions on Russia.

© REUTERS / Sergei Karpukhin
Putin Says Anti-Russia Sanctions US Reaction to Russia's Growing Influence
WASHINGTON, December 4 (Sputnik) – The US House of Representatives on Thursday voted 411-10 to pass a non-binding resolution, condemning Russia and called for visa bans, asset freezes, and sanctions on Russia and its leadership to force it to change what US lawmakers called an aggressive position on Ukraine and neighboring countries.

"Mr. Kinzinger of Illinois submitted the following resolution… strongly condemning the actions of the Russian Federation, under President Vladimir Putin, which has carried out a policy of aggression against neighboring countries, aimed at political and economic domination," the document reads.

The resolution calls on President Barack Obama to "cooperate with allies and partners in Europe and other countries around the world to impose visa bans, targeted asset freezes, sectoral sanctions, and other measures on the Russian Federation and its leadership," according to the document.

The resolution calls on Obama to provide Ukraine defense articles, services, and intelligence. It also calls for initiatives to prevent Russia from using energy "as a means of applying political and economic pressure on other countries."

© Sputnik /
Merkel Struggling to Keep Russia Sanctions Intact
The House demanded "the full withdrawal of Russian forces from Ukrainian territory," and called to reverse its actions on Crimea as well as "to end its support of the separatist forces".

The resolution urges top US officials to expand the efforts "needed to counter Russian propaganda and to provide the people of Ukraine and the surrounding regions with access to credible and balanced information."

In an effort to target Russian audiences, the resolution requests the Obama administration and the Department of State to develop a strategy to produce and distribute news and information in Russian to deliver to the Russian speaking world.

Finally, the resolution calls for Russia to "seek a mutually beneficial relationship with the United States."

The US House of Representatives regularly passes non-binding resolutions, which do not carry any legal or legislative powers.