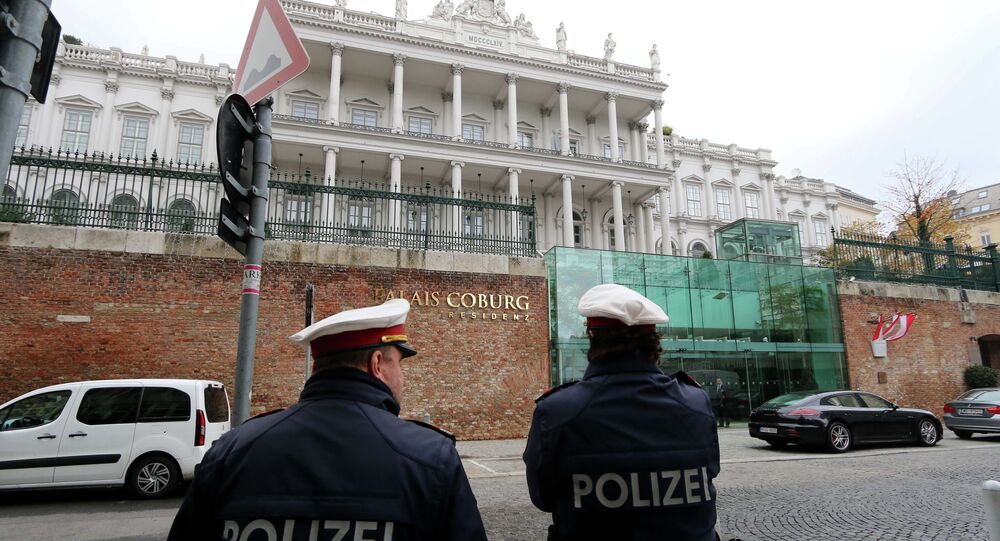 Former US government officials say that sanctions against Iran can ruin the international coalition.

WASHINGTON, December 2 (Sputnik) — New sanctions against Iran imposed by the US Congress could wreak havoc on the ongoing Iranian nuclear negotiations and fracture the international coalition, said former US government officials.

"If there are new sanctions that require us [the United States] to sanction China or India or Japan or South Korea for not eliminating all crude oil purchases, I think that's going to end up hurting the international sanctions coalition," former special adviser to the US Secretary of State on non-proliferation and Arms Control Bob Einhorn stated on Monday at Wilson Center.

Einhorn argued that the international sanctions regime is still needed to put pressure on Iran, "and if additional sanctions lead to divisions within it, the negotiations will suffer as a result."

The possibility of US domestic politics disrupting the already difficult negotiations could be disastrous, former congresswoman and Wilson Center President, Jane Harman stated.

"Going through another partisan exercise… will make this very, very difficult and increase the chances that the international coalition blows up, which I think would be a disaster," Harman, who served nine terms in the US Congress said.

Both Harman and Einhorn raised the possibility of US President Barack Obama using his veto power to strike down new sanctions arising from Congress. There is currently bipartisan support for additional sanctions levied by the Congress, but greater pressure from Republicans who will be taking political control of both the US House and Senate in January.

The United States, European Union, Japan, South Korea, Canada, Australia, Norway, Switzerland, Russia, China and member states of the United Nations Security Council have all constructed a network of sanctions on Iran for nuclear non-proliferation and other causes.

The nuclear negotiations, stipulated on Iran abandoning its nuclear weapons program in exchange for sanctions relief, were scheduled to conclude on November 24, but the talks have been extended until July 1, 2015.

Iran Nuclear Talks: US Hurting Itself More Than Anyone Else, Expert Says