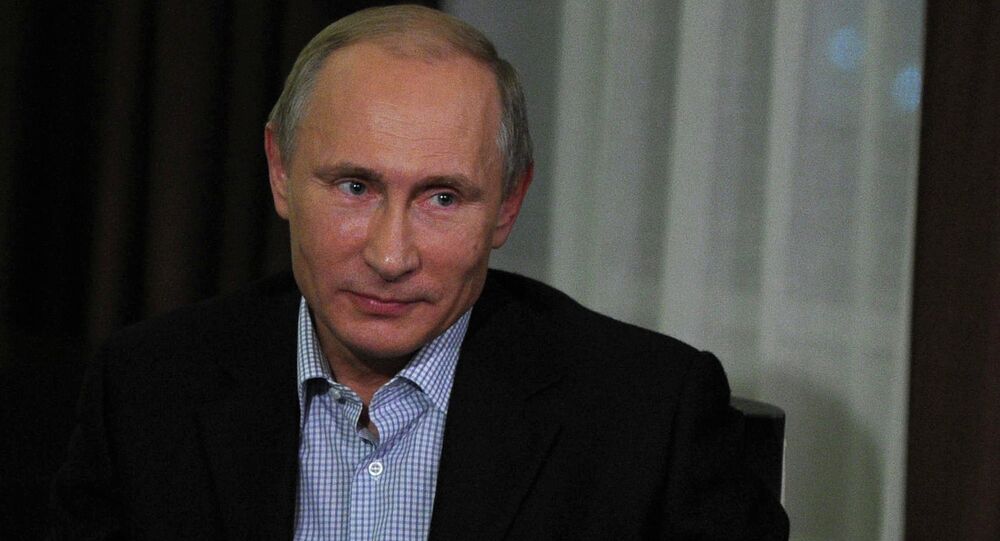 Russian President Vladimir Putin in his interview to German channel ARD said that there is a good basis for the Russia-Europe relations, though the reaction of the West to Crimea's reunification with Russia inappropriate.

MOSCOW, November 17 (Sputnik) – There is a good foundation for development of relations between Russian and Europe and the harmonization of relations in the world, Russian President Vladimir Putin said in an interview with German channel ARD.

In response in a question about mistakes, Putin said that people always make mistakes but the question is that a rapid, timely and effective response to the consequences of such mistakes should always follow. The mistakes should be analyzed and corrected in order to move on toward the solution of problems rather than an impasse.

“It seemed to me that this is the way we acted in our relations with Europe as a whole and the Federal Republic of Germany in particular over the past decade. Look at the friendship that has been established between Russia and Germany in the past 10–15 years,” Putin said.

“I see it as a very good base, a good foundation for the development of relations not only between our two countries, but also between Russia and Europe as a whole, for the harmonization of relations in the world. It will be a pity if we let it go to waste,” he added.

Russian President Vladimir Putin called the reaction of the West to Crimea's reunification with Russia inappropriate as the move did not violate international law.

"We consider that this sort of reaction to be completely inappropriate to what happened. Whenever I hear complaints about Russia violating international law I am simply amazed," the Russian president said.

"Moreover, we have a clear recent precedent – Kosovo," the Russian leader added.

The president noted that the people do not need the approval by the government to take the necessary measures for self-determination.

"And what was done in Crimea was not in any way different from what had been done in Kosovo. I am deeply convinced that Russia did not commit any violations of international law," he said.

"Yes, I make no secret of it, it is a fact and we never concealed that our Armed Forces, let us be clear, blocked Ukrainian armed forces stationed in Crimea, not to force anybody to vote, which is impossible, but to avoid bloodshed, to give the people an opportunity to express their own opinion about how they want to shape their future and the future of their children," Putin added.

Kosovo declared its independence by parliamentary decision alone, while people in Crimea held a referendum, the Russian president said.

Crimea cut ties with Ukraine and reunited with Russia on March 16 as its Russian-speaking population,which  refused to recognize the new coup-imposed authorities in Kiev. The move was preceded by a referendum, in which the reunification with Moscow was backed by over 96 percent of voters.

Following Crimea's reunification with Russia, the United States and the European Union have introduced several rounds of economic sanctions against Russia, blaming Moscow for meddling in Ukraine's internal affairs.

West Should Speak With Russia on Equal Terms: Council of Europe