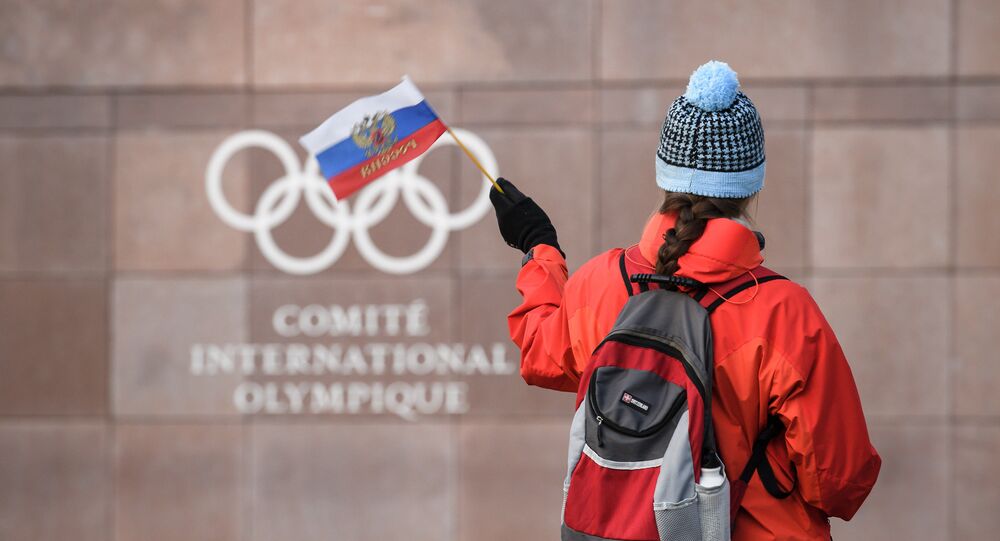 PYEONGCHANG (Sputnik) - The Olympic Athletes from Russia (OAR) delegation has apologized to the International Olympic Committee (IOC) for Russian athletes’ doping violations during the ongoing Games and thanked the committee for allowing them to take part in the Pyeongchang Winter Olympics, OAR delegation head Stanislav Pozdnyakov said Saturday.

"I apologized to both athletes and the IOC members for violations, as you all understand, [the violations] are not systemic. I hope that our IOC colleagues also understand it. This is negligence and not an intent. In conclusion, I thanked my colleagues, with whom we worked extensively, so that athletes could perform at these Games. And I stressed that the best reward for us will be the return of the national flag and the reinstatement of Russian Olympic Committee [ROC]," Pozdnyakov said at the press conference.

In light of the ongoing session of IOC Executive Board, where the status of ROC would be reviewed, OAR delegation head underlined that the Russian athletes had fully complied with the IOC requirements at the Games.

"In such serious issues (as the question of the Russian flag at the closing ceremony of the Games), it is wrong to base oneself on perceptions. The fact is that the Russian delegation's athletes fully met the requirements that were made in accordance with the decision of the executive committee. We… have not heard the report prepared by the IOC on the given topic. We were invited after it was heard. But I very much hope that most of what is in our report will have a positive outcome for us. We interacted with the IOC at a good operational level," Pozdnyakov added.

In December, the IOC suspended ROC over an alleged "systemic manipulation" of the anti-doping system in Russia. The allegations have been denied by the Russian authorities. The IOC said, however, that only "clean" athletes could compete in the 2018 Olympics under a neutral flag as Olympic Athletes from Russia.

The committee also said it could partially or fully lift the ROC's suspension from the Olympics Closing Ceremony, scheduled for Sunday, thereby allowing Russian athletes to carry the national flag, under the condition that the ROC and all invited athletes and officials respected and fully implemented its decisions and requirements.