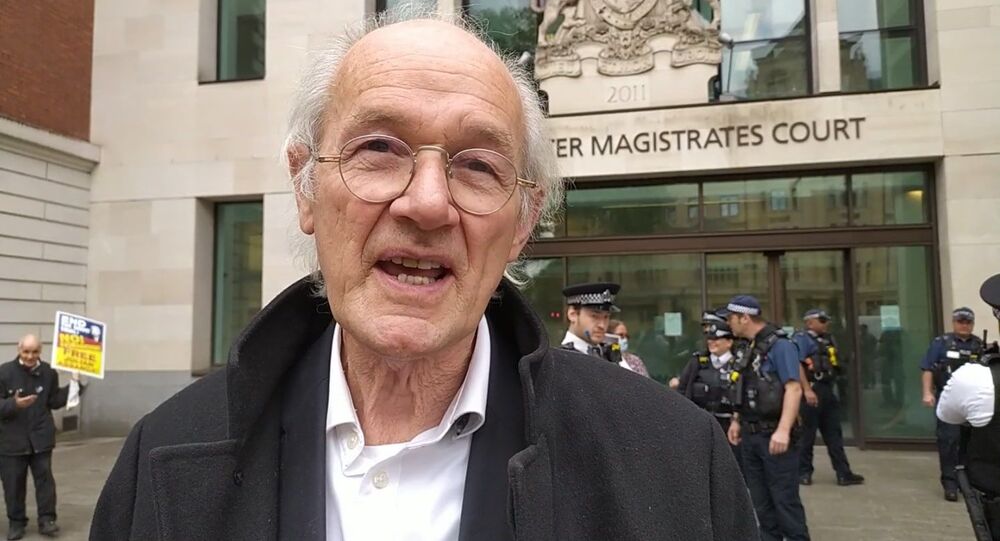 John Shipton, Julian Assange's 74-year-old father, has expressed his relief over the fact that his son's substantive extradition hearings will restart in September 2020 after previous options were deemed to be untenable by both the prosecution and the defence.

During a brief hearing on 4 May 2020 District Judge Vanessa Baraitser agreed that the second part of Assange's case will have to be held at a location other than Belmarsh Magistrates' Court, since it is unable to accommodate a three week hearing outside of November this year. She told the parties that they would be notified once her court found a crown court willing and able to hear the second set of extradition hearings, though she did warn them that this may end up being outside of London.

The substantive hearings were originally due to restart in May but have been delayed due to the COVID-19 lockdown.

Sputnik: How do you respond to the Judge's decision to schedule the next set of hearings in September?

John Shipton: The September date suits us, suits me and suits the family so we can all come and attend the hearing. It's a continuous hearing, so that's much more suitable to the defence. So yeah, it's a relief actually to have the date September 7th onwards.

Sputnik: Is there any concern about the fact that the hearing might be moved to a court outside of London?

John Shipton: Well, I don't quite understand that because I don't know London very well and how far it stretches. However, we'll fight that battle when we come to it. We won today. And, I guess, from now on we'll keep on winning.

Sputnik: Any reaction to the police shooing away the protesters?

John Shipton: Oh, well, you know, they just think they're doing their job. It is a lockdown, so we're okay with that.