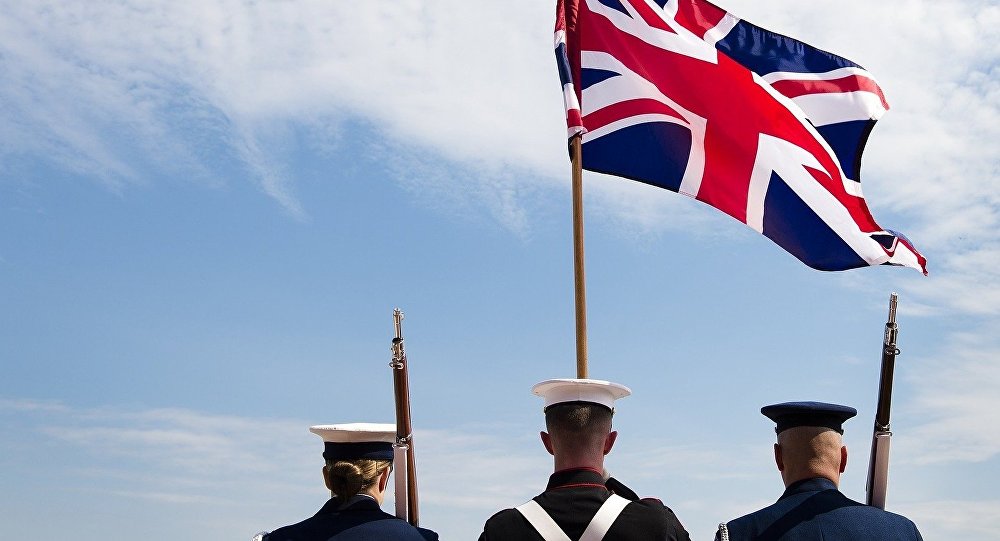 Some have interpreted Miss Mordaunt's strident declaration that more needs to be done to tackle social issues like knife crime as an effort to appeal to the electorate before potentially announcing her intention to enter the Tory leadership contest.

UK Defence Secretary, Penny Mordaunt, has announced that young people at risk of falling into a life of knife crime may benefit from being put through military schools.

In a speech to military leaders, Miss Mordaunt said that "the Army's ethos" should be incorporated into UK schools in an effort to instil discipline and curb gang violence. Moreover, the Defence Secretary made clear that she intends to oversee a government summit that will try to bring together new solutions for combating gang violence, particularly in London.

"At a time of rising knife crime and prevalent gang culture in some parts of the UK, the Army's ethos can make a real difference to young people. It can offer hope," Miss Mordaunt said at the UK's annual army conference.

Children at risk of falling into knife crime could benefit from military schools, says Penny Mordaunt.

You can now text LNK to 70660 and donate £3 to help prevent youth violence in London. ♥️
 #youthviolence #knifecrime #community pic.twitter.com/q1me6WnWh4

Part of that plan, Mordaunt said, would be to bring together Military Preparation colleges — educational establishments in the UK that allegedly help young people excluded from mainstream education — with charity groups that seek to steer young people away from gang violence.

What about using the army in a slightly different way. Bring back national service or a form of it. Give the youngsters a purpose, teach them respect and basic life skills, give them something to look forward too and be part of a community.

"Defence has so much to offer, in our armed forces and our cadet units, but also in the fantastic organisations that sit in our communities alongside us," Miss Mordaunt said.

"I have been so struck in particular how Military Preparation colleges have enthused those who other education establishments fail to inspire. They have encouraged study and physical fitness, self-confidence and self-worth, a sense of duty and service. And they have given some youngsters options where they had none. I believe it is time to use the skills and lesson learned at these colleges and elsewhere in the army to address this national blight of gangs and weapons on our streets," she added.

In her speech, Mordaunt — who took over the role as Defence Secretary at the start of May following the sacking of Gavin Williamson and who is also said to be weighing the possibility of running in the Tory leadership race — touched on the issue of dealing with returnee British Jihadists who have fought in Syria.

Most of her concern was clearly reserved for the children of those Brits who travelled to the Syrian caliphate for the Jihad, rather than the fighters themselves.

"Quite a lot of the children are hidden, they are given different identities, and I think that the British public will absolutely agree that we do not want to do anything that makes this country less safe but I think also we have an obligation to innocents who were taken into a war zone and may be hidden there," she said.

There have been steadily creeping concerns over the past few years about the surge in knife crime rates in the UK, specifically in its major cities, such as London. According to Home Office statistics, there were 39,818 gang-related knife crime offences in the 12 months ending September 2018.

Those marked a two-thirds rise from the year ending March 2014, when there were reportedly 23,945 such offences.

The epidemic, which is a full-fledged hot-button topic in UK politics, has encouraged many to call for the government to increase police stop and search powers — something Tory leadership hopeful Boris Johnson has pledged to do if he gets into office.