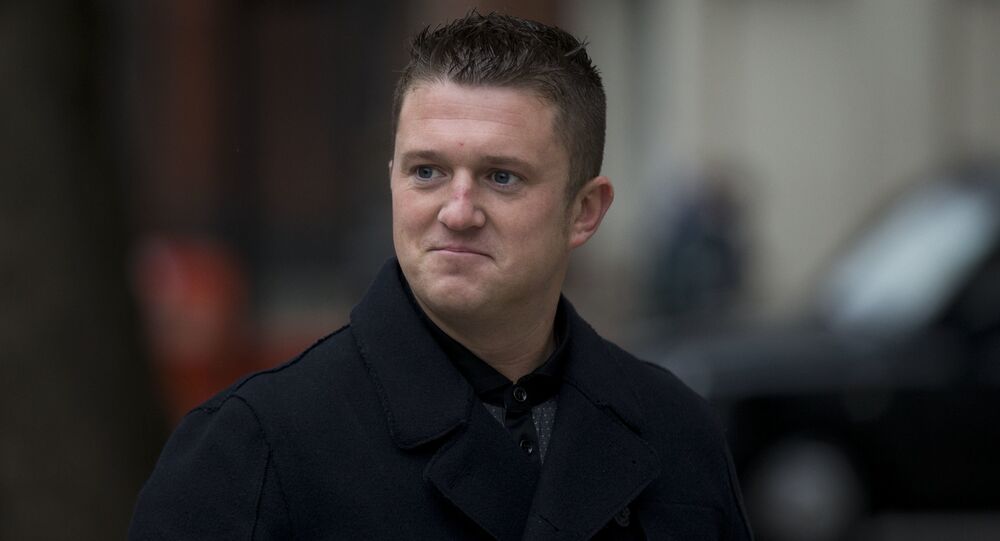 Mr. Robinson said that the “British working class will be electrified” if he is allowed to join the United Kingdom Independence Party (UKIP).

UKIP's National Executive Committee has decided that a debate will be held on whether to allow the controversial political activist, Tommy Robinson, to join their party, the Independent reported.

The discussion on Robinson's possible admission will be held between members at UKIP's annual conference, which will take place from September 21-22, 2018.

Robinson, whose real name is Stephen Yaxley-Lennon, released a video on Saturday, September 8, in which he expressed his desire to join UKIP, despite previously bashing the party as part of "the establishment."

In the video, Robinson, who founded the far-right ‘English Defence League' (EDL) said that, "I want to join UKIP. The British working class will be electrified if I join UKIP. The left wing media is terrified about me joining UKIP."

Praising the current head of UKIP, Gerard Batten, Robinson said, "I want to say thank you to Gerard Batten" referring to him as "the only politician that could get me up and out to vote."

Former UKIP chief, Nigel Farage, banned Robinson and other EDL members from being able to join the party when he was at its helm. However, now that he is gone, that could all change.

In a statement released by UKIP on Sunday, September 9, the party said that "after due consideration on consulting the UKIP National Executive Committee, the party chairman has decided to allow a debate at the party conference on the membership of Tommy Robinson. The particular motion requests that the NEC lifts the ban on proscribed groups in his case only."

However, some within UKIP have already made clear their displeasure with the thought of Robinson joining the party. The party's Bristol branch has reportedly said that it will disband as an act of protest if Robinson is allowed to become a member.