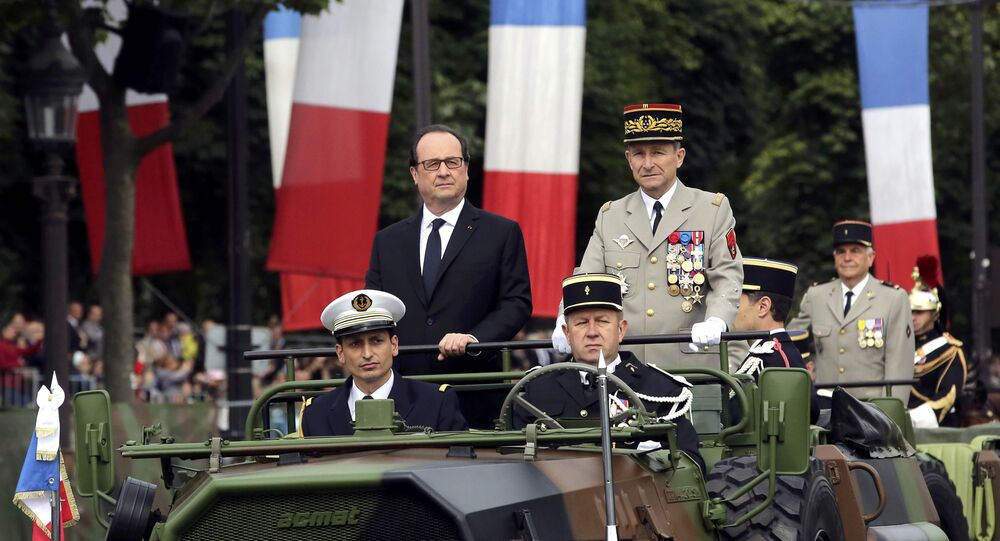 There is a deep irony in the fact that French President Francois Hollande will celebrate Bastille Day, July 14, the day in 1789 when civil unrest led to an uprising which led to a written constitution and a breakaway National Assembly.

Hollande is himself — 227 years later — facing civil unrest and deep unpopularity over his controversial labor law reforms and for using a part of the constitution to bypass the National Assembly and force through the legislation.

Back in 1789, France — under Louis XVI — was in a serious economic crisis, mainly caused by the cost of intervening in the American Revolution. An argument grew between the nobility/clergy and the commoners — the Second and Third Estates —leading to the storming of the Bastille, where political prisoners were held, the creation of a National Assembly and a written constitution.

​(Tweet: "The idea that drives me is to act for our country, to be the master of destiny — for both national, cultural and social cohesion.")

© AFP 2020 / Georges Gobet
Security forces clash with demonstrators during a protest called by seven labour unions and students against the labour and employment law reform on May 26, 2016 in Bordeaux, southwest France.

© REUTERS / Charles Platiau/
Hollande Becomes Most Unpopular President Ever Amid Labor Reform Crisis
The labor reforms were largely directed at making companies take on more workers on permanent contracts, rather than temporary ones, to bring down the unemployment rate from ten percent. The proposals would give employers more scope to lay-off workers and cut costs and allow some employees to work far longer than the current 35-hour week.

The reforms were pushed through by Hollande, who invoked a little used piece of the constitution — article 49.3 — to bypass parliament and implement the reforms.

As Hollande watches the fireworks on Bastille Day — probably his last as president — he may well reflect on his place in history: the person that used the constitution against the masses that created it.