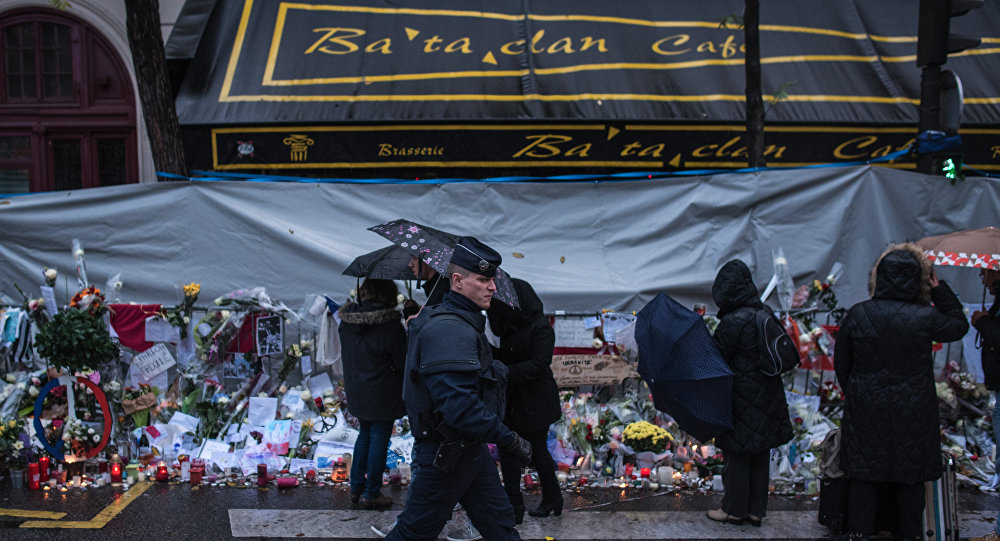 One of the reasons for Paris November 2015 attacks was the intelligence services malpractice, which is why is needs to be reformed.

© REUTERS / Francois Lenoir
Belgium Failed to Report Paris Attacks Suspect on Time
MOSCOW (Sputnik) — France needs reforms in the sphere of intelligence as the country was not ready for the attacks in Paris in November 2015, which left 130 people dead, the French parliamentary commission of inquiry said Tuesday.

On Tuesday, almost eight months after the deadliest terrorist attacks in Paris, the parliamentary commission presented main findings of its inquiry into the attacks.

"The challenge of international terrorism requires much higher ambitions than the Interior Ministry maintains today in terms of intelligence and we need to create a national counterterrorism agency," the inquiry's head Georges Fenech said, as quoted by the Journal du Jura magazine.

​According to the inquiry, the attack at the Bataclan Concert Hall could not have been avoided, though the French intelligence had received threats from terrorists regarding the targets in previous years.

Talking to journalists, Fenech noted that the state of emergency had a very limited effect on the security situation in the country.

On November 13, Islamic terrorists conducted a series of coordinated attacks in the French capital, killing 130 people and injuring over 360, many critically. The Daesh terrorist group, outlawed in Russia and many other countries, claimed responsibility for the attack.